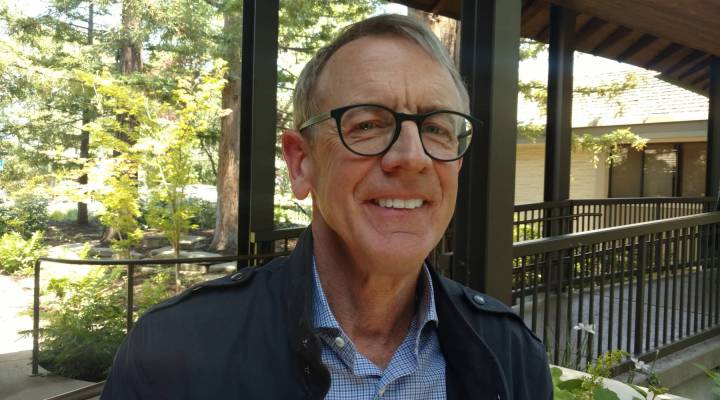 John Doerr is a legend in Silicon Valley and the venture capital world. He’s the chairman of the VC firm Kleiner Perkins Caufield & Byers, at which he has funded companies like Google, Amazon and Netscape. Doerr has also mentored many of their founders and sits on the board of Google, Zynga and One.org — Bono’s nonprofit campaign to fight global poverty. But in his new book “Measure What Matters: How Google, Bono, and the Gates Foundation Rock the World with OKRs,” Doerr doesn’t dish on the history of the Valley or gossip about U2’s front man. Instead he talks about why setting objectives and measuring results is key to building a successful business. Marketplace Tech host Molly Wood spoke with Doerr about why the idea of setting goals and sticking to them is so controversial for some companies. The following is an edited transcript of their conversation.

John Doerr: Take any large organization, do they write down all of their goals and share them at every level of the company? Just that is a pretty radical idea.

Molly Wood: And you say at one point that this approach can be so disruptive that you actually need to ease into it as a company. What is the hardest thing for CEOs to overcome?

Doerr: The first is this requires you to choose what really matters. So, you have to make a thousand decisions. As Steve Jobs used to say, “we say ‘no’ often to the things that are less important than the few that want and deserve special attention.” And then the second is, you can’t just write these once a quarter and stuff them in a drawer and go back and check the list at the end of that period of time. You want them to be part of the daily and weekly life, the language of your organization.

Wood: And you’re such a huge figure in the valley and in the tech industry. We’re having this very impassioned national conversation right now about tech companies, [their] growth and scale and impact on our lives. It made me wonder why you decided to write this book right now? This very business-y book?

Doerr: I think we’re really at a critical moment in time where our leaders in some of our great institutions are really failing us. In some cases, it’s because they’re bad or unethical. But too often it’s because our organizations have chosen the wrong objectives. They’ve taken us there and that’s resulted in completely unacceptable outcomes. I think this has got to stop.

Wood: As companies set metrics, as investors decide who is going to take these companies to the next level, you know ultimately they’re made up of people, people have flaws. You talk a little bit about culture, but obviously that’s been an evolving conversation as well. How much do you think a company’s set of OKRs [Objectives and Key Results] should include culture or diversity? Or you know hiring people who don’t look like you?

Doerr: Oh, so those are two different and equally important topics. Let’s talk first about culture.

Wood: Ok, so you think those are different topics which is already an interesting answer.

Doerr: Well, I think they’re connected, and there’s a chapter in the book that talks about culture. Either, founders are always interested in preserving their culture, and leaders of larger organizations usually want to achieve some kind of culture change. And this isn’t complicated. In fact, you can write it down. You should be able to write down what your culture is, and you can measure it. You can measure it by surveys, anonymous, blind, pulse surveys, on the record surveys. I do in the book quote a business philosopher — his name is Dov Seidman — and he says, “In the past employees just needed to do the next thing right.” In other words, to follow their orders. “And culture didn’t matter so much. But in today’s world, we want people to do the next right thing. And a rule book is not going to solve that problem. You need your culture to make thousands of decisions the right way.” Here’s a way I like to think of it: these objectives and key results, those are transparent vessels into which we pour our all-important values. And those values answer the question: “why it is we do the work we do.” And our mission and values statements are the declaration, in no uncertain terms, of what those are.

Wood: Yes, so then how does that fit in and how is that different from culture?

Doerr: I think diversity is a crucial, an indispensable part of the culture of a winning organization. And this yes, is a question of social justice, but in addition to that the data is really clear that diverse groups make far better decisions. And so, I personally, the organizations that I admire and invest in, have zero tolerance for the bad treatment of others. And we’re going through a wrenching, overdue, and profoundly important change in the culture of our world of work. The best and fastest thing we can do is put women in positions of power. And that means female founders, female board members, entrepreneurs. This is a problem and an opportunity we see across the western world, and bringing it closer to home in the world of technology and venture capital and even my own partnership. You know, I’ve chosen, my partners and I, to work on this in three really measurable important ways, and with key results. The first is we’ve for a long time prioritized having female investing partners, 21 percent of our partners are female. That’s versus 9 percent for the venture industry, which is pathetic. But we know we can and we must do more there. The second area we’re working on it is with our portfolio companies, and there, about 9 percent of the founders and CEOs that Kleiner has funded are female, compared to a completely unacceptable 2.7 percent for the venture industry overall. We’ve got a very long way to go there. The third place we’ve set measurables is in developing the pipeline. We have something called the Kleiner Fellows Program. It’s harder to get into than Harvard, it’s a kind of internship that leads to job offers. In 2013, 10 percent of the participants were female. We set a key result, to get to 50/50 as fast as we could, and this year in 2018, we are 50/50 male female and 11 percent are African-Americans. Now we all have a lot more to do. What I want to tell you is, we’re very focused on it and objectives and key results in choosing and measuring the outcomes really can make a difference.

Wood: So, going back to back to Kleiner Perkins and the partnership. You touched on this I just want to return and ask you what your key result would be for the ideal percentage of women in the partnership? And when you’d like to accomplish it by?

Doerr: My goal would be to have our partnership be a 50/50 partnership. And I would like to get there in five years or less.

Wood: And then, if you look at — one of the companies for example that Kleiner Perkins has invested in is Uber. Which I think in some ways you could look at as a shining example of a company that took goal setting to an extreme. Are you saying that the problems that can occur in a company like Uber are the result of setting the wrong objectives?

Doerr: So, I didn’t work inside Uber and I don’t know what goals they set. I’m more familiar with a Silicon Valley example called Zenefits which raised a lot of money and offered companies free software to manage their health care and insurance and employee benefits. The problem was they set growth goals at any cost and it led employees and managers to fake their way through insurance qualification exams that they shouldn’t [have]. Now, some very capable people came in to try to turn that around, but they raised hundreds of millions of dollars and failed for having the wrong goals. The book talks about the importance of pairing goals. This goes all the way back to the famous Ford Pinto and Lee Iacocca. If you’ll recall, he had very aggressive cost goals for the Pinto, but they were cost goals alone. He never paired those with quality goals and as a consequence they designed a car which for want of a $1 plastic part would catch on fire if someone ran into the back of it. And indeed, hundreds of people died and that led to an enormous recall and damage to Ford’s reputation. It’s really important is what I’m trying to say, to choose the right objectives for the right reasons.