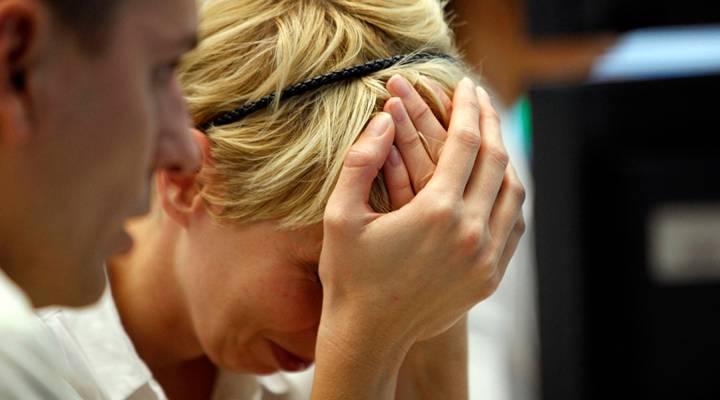 As much as we joke around about our jobs killing us, it looks like work really could do us in.

In fact, according to Stanford business professor Jeffery Pfeffer, workplaces account for the fifth leading cause of death in the United States.

In his book, “Dying for a Paycheck,” Pfeffer goes in depth on the physical and mental impact of the workplace, and how “work’s killing me” might not just be a figure of speech.

Let’s start with this statistic from Pfeffer’s 2015 study: On average, about 120,000 people die in the workplace each year in the U.S., leading to about $190 billion in excess costs.

In today’s economy, Pfeffer thinks a lack of economic insecurity can be to blame. Whether it is in regards to layoffs or irregular work schedules – common in job sectors such as retail and even banking – employees are under a lot of stress.

And then there’s the matter of control – or a lack of it.

“One of the things that predicts cardiovascular disease and death from heart attack is the absence of job control,” Pfeffer explained. “So one of the things that has made work stressful is that people increasingly do not have much control over what they do and when they do it.”

As Pfeffer explains, deaths in the workplace are not exclusive to potentially dangerous blue-collar jobs. People who work in investment banking or software development have also been fatally impacted by stress and overworking. Interns are also another demographic who are at risk, like the 21-year-old Merrill Lynch intern who died after working for three days straight.

In China, it is estimated that a million people from across professions are dying from overwork each year, according to Pfeffer.

But where do we go from here?

Pfeffer believes it all boils down to a supportive environment, where “people feel valued and cared for.” This can come in the form of social support from friends and co-workers, policies that make room for obligations outside of the workplace, and benefits.