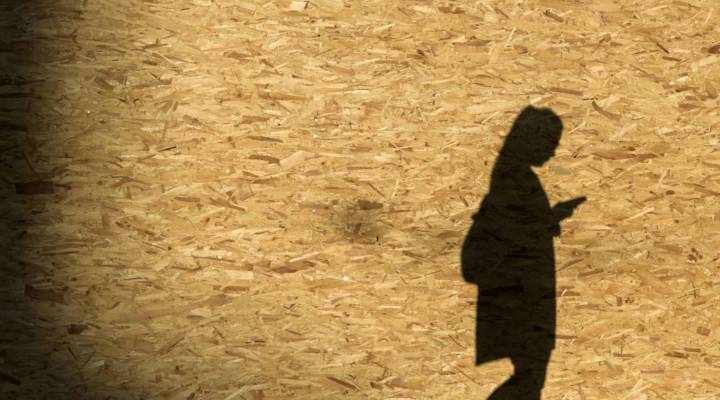 A 2012 research paper published by the Federal Reserve Bank of Kansas City said that women’s participation in the workforce was “more sensitive to the business cycle than that of men.” The idea is that when the economy gets worse, women’s contributions at home can be more valuable than their paychecks. Specifically, if wages go down and those paychecks get smaller, mothers might opt to stay at home to take care of their children rather than spend a huge chunk of their paycheck on child care.

However, the Great Recession turned this idea on its head.

Out of the 8.7 million jobs wiped out between December 2007 and early 2010, about 6 million were held by men, according to the Economic Policy Institute. That’s 8.5 percent of the the total number of men’s jobs in the workforce. The 2.7 million jobs lost by women accounted for about 3.5 percent of their jobs.

“When we look at nurses and teachers, we see female-dominated jobs, and male construction workers, male truck drivers,” said Heidi Hartmann, president and CEO at the Institute for Women’s Policy Research. “That’s the main thing about women and men in the labor market, they work in different places. So when a recession happens, the women and the men are going to be laid off at different rates because the different industries are affected differently by any given recession.”

Men who work in very cyclical fields, like construction, were especially hit hard during the recent recession.

“When there’s money, you have this construction boom,” Hartmann explained. “When there isn’t money, nobody builds anything. When you have a boom, you’re building, doing a lot of manufacturing and exporting a lot of goods. When there’s a recession, you stop producing and people are laid off.”

Women make up 9.1 percent of the construction industry in the United States as of 2016. The number has remained basically unchanged since 2010.

Instead, women can be found in professions that are more resistant to the business cycle. As a result, their jobs tend to be more stable, Hartmann explained.

“Health care continued to be the engine of growth in this recession and recovery and it continued to employ predominantly women,” she pointed out. “[Women] work in education and even administrative jobs. Typically, an employer will lay off the blue-collar factory workers before laying off any white-collar workers, and women dominate white collar. They dominate professional. Women are in the better places in the labor market in terms of when the recession hits.”

However, this is not to say that women escaped the recession unscathed. Women who work in retail and in state and local governments were especially affected. Many of those jobs have yet to come back.

And while men experienced bigger shocks during the Great Recession, they also recovered more quickly and their wages went up faster during the growth period, a phenomenon which The Los Angeles Times dubbed the “man-covery.” Out of the 2.6 million jobs added during those early years of the recovery, 80 percent went to men.

“Male-dominated manufacturing, which experienced sharp layoffs during the recession, has rebounded in recent years, while government, where women hold the majority of jobs, has continued to be hit hard,” Los Angeles Times reporter Don Lee wrote at the time. “But there’s something else at work. Men are grabbing a bigger share of jobs in areas, such as retail sales, that typically have been the province of women, federal data show.”

A recent analysis by Hartmann and her colleagues at IWPR found that from November 2016 to November 2017, men gained 106,000 jobs in retail while women lost 129,000 jobs. Women were affected by closures of various clothing stores while men have been hired in larger numbers at stores like Home Depot, Hartmann said.

These job losses come at a time when the overall labor participation rate for women is already on the decline. Women’s labor force participation peaked in 1999, and has remained pretty steady for women age 25 and older, according to Mitra Toossi, an economist at the Bureau of Labor Statistics.

The decline in the participation rate for women age 16-24 started in 2000 and is driven by a number of factors. This age group is the most affected by economic downturns and expansions. They’re also enrolling in schools at higher rates, and they’re facing competition for jobs from older and foreign workers, according to Toossi and her colleague Teresa L. Morisi.