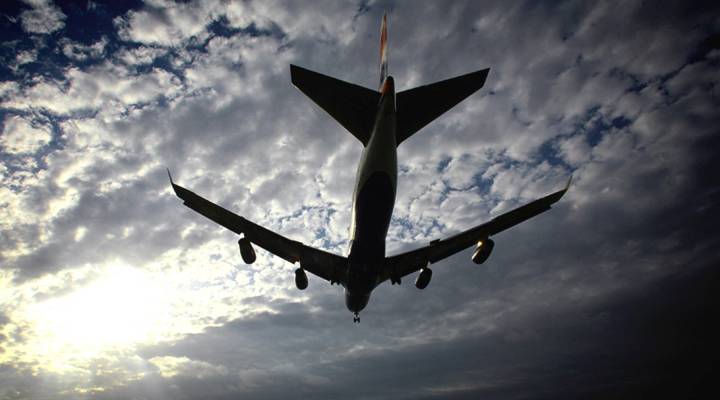 Oliver leads a busy life. The eight-year-old chihuahua splits most of his time between home, a law office in Tampa, Florida, and court with human rights attorney Mayra Calo, his owner. Her car is set up for him, with a mounted seat that she buckles him into for travel between hearings and client meetings.

Oliver became Calo’s emotional support animal in 2011 after her sister passed away. Calo started feeling depressed and anxious, and her therapist noticed that Oliver was exhibiting emotional support pet qualities.

“Whenever I get upset, if he’s on the floor, he jumps on my lap, or if he’s on the bed with me, he’ll get on my shoulder and he’ll snuggle. He’ll lift my hand to try and distract me,” Calo said.

“He feels my grief. You know, and he’ll get all up in my face. Whereas, if I’m not upset, he completely ignores me,” she laughed.

Calo got a letter from her doctor authorizing Oliver to become her emotional support animal. A few years later, when she injured her back, she had Oliver trained as a service dog. He can fetch her pill bottle and alert 911 with a button on his collar. Oliver has flown as far as Greece with Calo for free under the Air Carrier Access Act.

Many passengers, he added, are using the loophole to avoid pet fees they’d have to pay otherwise. Kidd said one of his biggest concerns is that people may bring untrained pets on flights, that could pose a danger to other passengers.

According to Airlines for America, a lobbying group for commercial airlines, passengers brought 751,000 pets on planes in 2017 as emotional support animals, up from 481,000 in 2016.

After a spike in passenger injuries linked to pets in cabins, airline companies are calling for tougher guidelines for emotional support animals.

Hotels, restaurants, and other public places often have stricter rules around animals.

“That is the same standard that should apply in a confined tube at 30,000 feet in the air,” said Sharon Pinkerton, senior vice president of legislative and regulatory policy for Airlines for America.

Some airlines have already changed their policies. In March, Delta Airlines began requiring  that passengers supply proof that an animal has been trained and a letter from a health professional.