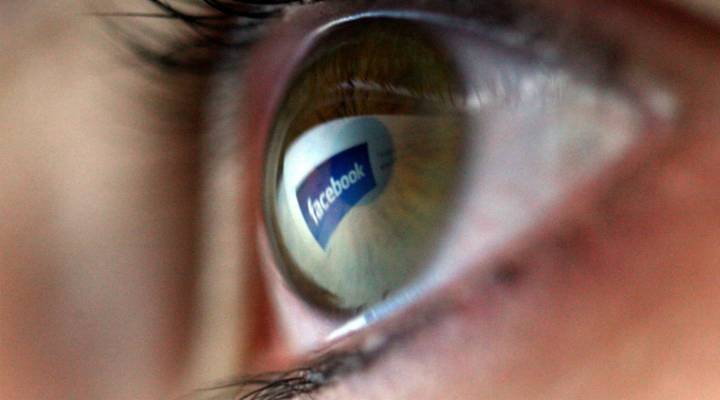 Like a lot of people, Jodi Marvel had been using Facebook a lot less recently, to escape the social media bubble. Then she read about Cambridge Analytica. The political consulting firm allegedly harvested user data through Facebook to influence the 2016 election.

“I was just really shocked and angry,” said the math and economics tutor in Boise, Idaho. So Marvel downloaded all of her posts and pictures and deleted her account.

“I want to send them a message just telling them that this is not acceptable to me,” she said.

Stephan Matanovic, a lawyer in Philadelphia, quit Facebook a month ago after advising his clients to steer clear of it, even though it meant missing out on invitations or local events. He plans to delete Facebook-owned Instagram next.

“Ultimately it came down to, am I going to eat my own dog food, and the answer for me was yes,” he said.

I deleted Facebook a year ago, partially for privacy reasons, and haven’t looked back. My life has honestly been better for it. Was afraid to leave because most of my friends and loved ones don’t live near me, but the deletion actually helped me stay better in touch

Deleted mine this morning. Been a active user since 2007, way back when you had to have someone who went to the same school as you verify that you were a student. It’s very toxic, even if you try to avoid it. The negativity pops up everywhere. It’s depressing.

Deleted Yesterday! Gone forever. I had stayed a while longer because my family and friends in Uganda joined. Cambridge Analytica became the last straw for me.

I am deleting my FB this weekend as soon as I have verified that Facebook’s zipfile of all my posts/pics is accurate. I have already turned off all apps’ permissions in FB.

The #deletefacebook hashtag was trending this week, prompting discussions among users about quitting the social media platform.

This sort of campaign has worked before; just look at #deleteuber. But it’s a lot easier to stop using Uber when apps like Lyft or Via do pretty much the same thing. With Facebook and its 2 billion-some users, it might be a little harder.

Some say Facebook is too important for their business or for staying in touch with distant relatives.

I’m sticking with it – it’s my main lifeline to my customers.

I’m a privacy attorney, and I’m not deleting Facebook. Facebook is useful for connecting us to communities and services. Plus, they’re not the only ones collecting and sharing your personal data. Impossible to stop that at this point. Deleting FB won’t help.

Sticking with it. Like it or not, it’s become an essential communications platform. Local news and events, stay in touch with not so close family, and interact with people I’d otherwise not talk with. There is no real viable alternative platform.

My parents barely learned to use their iPad+Facebook+Facetime. I’m stuck with Facebook as long as I want to share baby pictures 1000 miles away from ‘home’

Sheryl Katzin, a librarian in D.C., is torn. When Hurricane Harvey flooded Houston last summer, a message she posted on Facebook led to the rescue of her elderly parents.

“And it’s moments like that, where if I could have kissed Mark Zuckerberg, I would have,” she said.

And when you delete Facebook you’re not just deleting your profile, according to Alessandro Acquisti, who studies the economics of privacy at Carnegie Mellon.

“You’re also saying goodbye to all the accumulated value you derive from interacting with other people on the network,” he said.

But Jodi Marvel hopes if enough people join her in leaving Facebook, a viable and more responsible alternative will take its place.

I had deleted FB right before New Years, but haven’t been tempted to re-activate as all of the drama is unfolding. I’m building my social infrastructure outside of it, and the idea of getting it back feels like re-introducing poison into my routine.