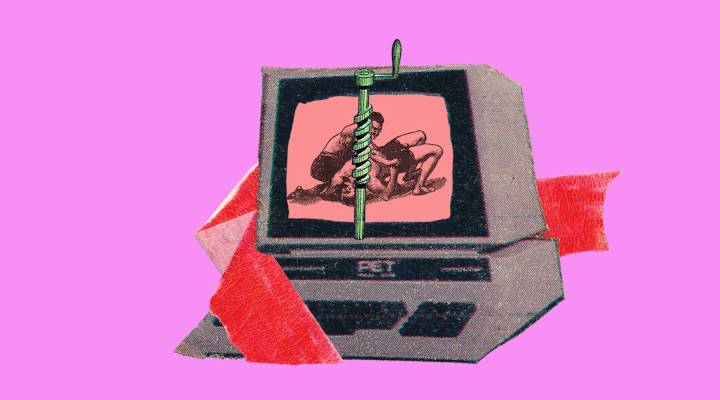 I don’t know him all that well, but Cameron Camp knows a lot about me.

In just a few days, he’s collected 30 million records on me. We asked his company, ESET, to try and understand what information my internet company, my internet service provider, knows about me.

Camp sent me a device called a “packet sniffer,” which I hooked up to my computer and let him see pretty much everything I do online that’s not encrypted. He can see that I collaborate with a team, some of the websites I’ve visited and some of the articles that I’ve read. Some of it was really personal.

“I found an article on natural childbirth,” he tells me. “It says enduring an unmedicated natural birth was one of the worst experiences of my life. It’s just traumatic, excruciating, horrific.”

It felt creepy to hear Camp tell me all these things, but it felt even weirder to realize my ISP knows it too. ISPs can collect and monetize your data.

That concerned the Federal Communications Commission enough that it wrote a rule restricting what internet providers could do with the sensitive data they have about you. They’d need explicit permission before they shared any of it with other companies. But a few months later, the Republican-led Congress and President Donald Trump took that privacy rule off the books and banned any “substantially similar” rule.

They used a fast-track tool called the Congressional Review Act to wipe out that rule and 14 others last year. It’s the focus of the latest episode of the Uncertain Hour. Before Trump took office, the CRA had only been used to wipe out a regulation once.

“The Constitution is very clear: If you’re going to pass a law, it needs to pass by Congress. If people don’t like the laws that Congress passes, they can change Congress,” said Don Nickles. He was a Republican senator representing Oklahoma from 1981 to 2004. He and Sen. Harry Reid created the CRA in 1996. “But what was happening, you had regulatory agencies that were passing very expensive, very controversial laws by regulation. And I was offended by that.”

Today, Nickles is a powerful lobbyist in Washington, D.C. Last year, some of the biggest companies in the world hired his firm to push Congress to target federal regulations.

It’s “like a mosquito in a nudist colony,” Nickles said. Where do you start?

One of those rules was internet privacy. Polls show most Americans say they want more control over how their personal information is used by companies online. But in the first half of 2017, AT&T and Comcast paid Nickles’ firm $108,000 to lobby Congress.

If most Americans want this rule, why get rid of it? What was the case he was making on behalf of his clients?

“I think you had the FCC saying, ‘Oh, wait a minute, we can do that by regulation.’ That was clearly something that should have been done by legislation. And whether you agree with or disagree with it, I think … that’s something that Congress should deal with,” Nickles said. “Instead of having unelected bureaucrats.”

But critics of the CRA say those “unelected bureaucrats” are being used as scapegoats.

Legislative tools like the CRA allow Congress to use fast-track procedures to eliminate regulations that lawmakers had given federal agencies authority to write. George Washington University law professor Alan Morrison said when Congress eliminates regulations in this way, the problem the regulation was trying to solve in the first place is often left without a solution.

“The whole reason for giving these decisions to the agencies to begin with was that the American people and the Congress have recognized that there is a problem that the marketplace won’t solve,” he said. “Congress couldn’t spend the time to get the answer right, and so they delegated the authority of the federal agencies to deal with that problem.”