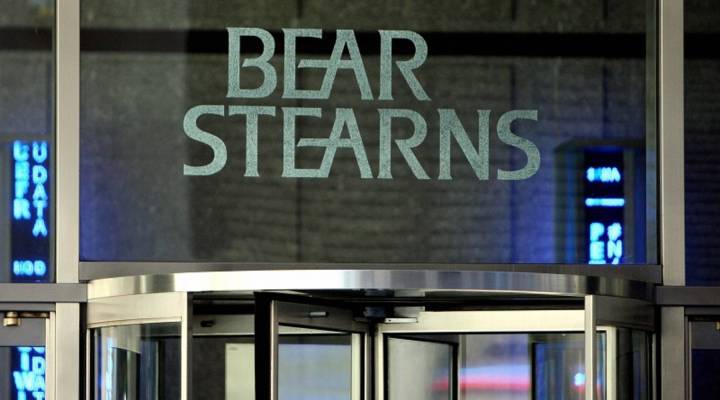 Ten years ago, Bear Stearns went under as the financial crisis was breaking. Ana Swanson of The New York Times and Sheelah Kolhatkar from The New Yorker share their most vivid memories of that time with us. We also get a taste of Kai Ryssdal’s interview with Tim Geithner, Henry Paulson and Ben Bernanke, airing on the show starting Monday. “We were using duct tape and string to try to hold the thing together,” Geithner said of the economy. It’s part of our Divided Decade project. Also, there’s a new face at the White House this week: Larry Kudlow, former CNBC personality and member of the Reagan administration. He’s a classic trickle-down economics kind of guy, so we discuss what his appointment as the director of the National Economic Council could mean. We also talk about President Donald Trump’s announcement that he wants more tariffs — this time targeting China.