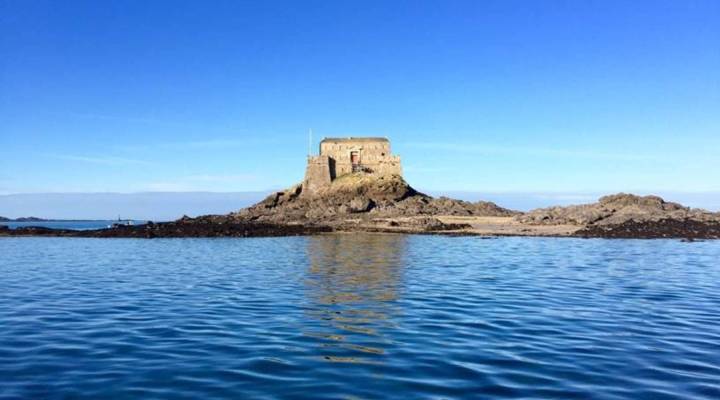 COPY
Petit-Bé Fort, which is available for stays through Airbnb. John Laurenson /for Marketplace

Petit-Bé Fort, which is available for stays through Airbnb. John Laurenson /for Marketplace
Listen Now

France may be home to thousands of castles but many French châteaux and other historic buildings are in such a poor state of repair they risk becoming ruins.

That’s where online vacation rental websites come in. Sites like Airbnb are throwing a lifeline to many owners in need of new sources of income to pay for their upkeep, like Alain-Etienne Marcel. The sprightly 72-year-old is the owner of the Petit-Bé Fort, an imposing dark granite structure that stands on an island in the Saint-Malo bay on the northern coast of Brittany. Louis XIV built it in the 1600s to keep the English out. Now you can rent it out on Airbnb for $700 a night.

“I’ve had visitors from India and the USA,” Marcel said. “This summer, some people from Sweden came and held their wedding here. They heard about the fort on Airbnb.”

The rental money has allowed Marcel to invest in restoration work for the fort. He has rebuilt a collapsed fortified wall with stones he carved himself and brought over by boat from the mainland and replaced the wooden floors in the three-story fort as well as its blue slate roof.

It’s maybe best to stay there in summertime as there is no heating. But even in winter, you can climb into the fort’s ancient Brittany cupboard bed and pull its wooden doors shut to keep out some of the drafts. Marcel has kept his fort very much like it was when up to 160 soldiers were garrisoned here — there’s no glass in the slits in the walls through which soldiers once fired their muskets.

“We won’t be able to prevent deserted and dilapidated buildings from becoming ruins unless we see them as commercial opportunities,” explained real estate agent Patrice Besse.

He said maximizing rental through the internet is one of the new ways châteaux owners have found to get their properties to pay for themselves. Airbnb now has more than 1,700 French castles on offer. In part thanks to the ability to generate rental income, Marcel has been able to provide a future for Petit-Bé Fort. 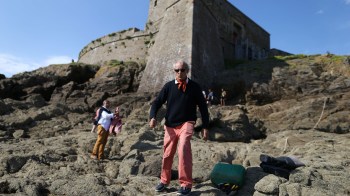