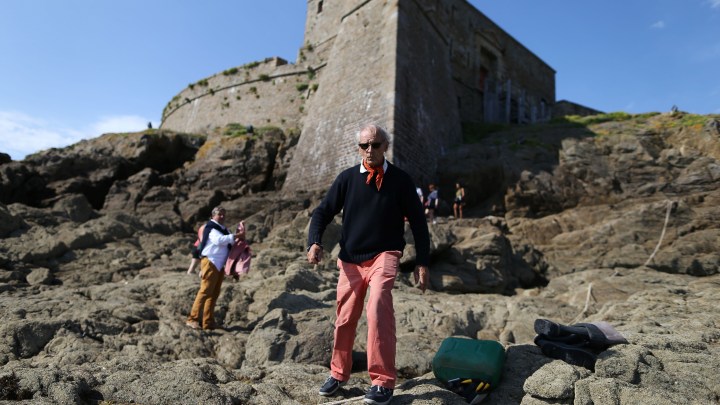 COPY
The owner of the Fort du Petit, available for rent on Airbnb, walks in front of the 17th century military fortress in northwestern France. Charly Triballeau/AFP via Getty Images

The owner of the Fort du Petit, available for rent on Airbnb, walks in front of the 17th century military fortress in northwestern France. Charly Triballeau/AFP via Getty Images
Listen Now

Airbnb has carved out a big market encouraging short-term rentals. It has done well because anyone can join. But at the top end of the market there are some people who are seeking something a little more select.

In the Medieval town of Montaren, in Provence, for example, people can rent the Sarrazine Tower that rises above a tangle of old stone alleyways. Ménélik Plojoux-Demierre renovated this place, that dates back to the 12th Century,  because it had some outdated facilities, like latrines, that were essentially holes in the walls of the castle.

In fact, in addition to toilets, he’s put in very contemporary fittings and furniture.

“Very modern. In order not to make any confusion between what was from the original, and what was not,” he said.

The price to stay here is about $1,000 a night. Plojoux-Demierre said he gets practically no customers through the well-known short-term rental sites.

“When you try to find something with Airbnb, you will have so many different opportunities to rent houses and no real selection on the fact that the building is historical or has something special,” he said.

A French startup called Le Collectionist goes after the luxury market. It lists homes that cost on average $30,000 a week — more for concierge, transit by helicopter and so on. There are other sites too like Britain’s Plum Guide and America’s BoutiqueHomes.

Most of Plojoux-Demierre’s customers come via Germany’s Urlaub for outstanding architecture and the French heritage real estate firm Patrice Besse that has added a short-term rental service called Séjourner which Sylvie Besse is in charge of.

“The idea was to say ‘OK, we have a lot of people coming on our website, why don’t we put in relation people who would like — before buying maybe — who would like to stay in this sort of property?’” she said.

Because of the link with the core real estate business, Séjourner doesn’t charge a commission. But there are plenty of business models out there. The Collectionist, for example, takes a commission of about 20%.