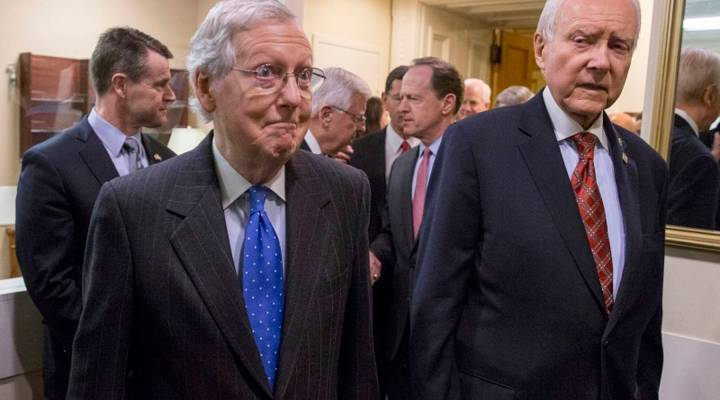 The new tax plan will certainly have an impact on lots of aspects of our economy, but what about the affects on mobility? Dorothy Brown, a professor of law at Emory University, studies the racial implications of federal tax policy. Marketplace host Kai Ryssdal spoke with her about what this tax bill could mean for minorities, those with lower incomes and those looking to move up on the economic ladder. The following is an edited transcript of their conversation.

Kai Ryssdal: Let me get your sense, first of all, of I guess your gut take on this tax bill?

Dorothy Brown: Well, it’s a giveaway to high-income taxpayers. When you have the corporate tax cut as the centerpiece of legislation, we know that that’s going to be received disproportionately by the shareholders who are upper-income Americans.

Ryssdal: And they are also, and the reason we’re talking to you, mostly white Americans, right?

Brown: Absolutely. So this tax bill is going to increase our black-white wealth gap.

Ryssdal: Explain that a little bit for me. Tell me more about how that is going to be manifested in this tax bill.

Ryssdal: And this is a continuation of tax policy in this country for decades, going on a century, I’m sure now, the compounding of white wealth at the cost of minority and folks of color wealth, right?

Brown: That’s absolutely right. And the tax code has been part of the problem, but it’s been one that has not been paid too much attention to. Of course, it’s something I spent a lot of my time doing.

Brown: But I’m one of the few if not the only.

Ryssdal: I was going to ask you your sense of whether or not people who are making this law understand the racial and minority implications of it. But my guess is your answer would be no they don’t.

Brown: Either they don’t know or they just don’t care. Because let’s be clear, when you center a corporate tax cut, you do not think you are helping black Americans by doing that, right? It just doesn’t make sense. So you know who shareholders are, you know who you’re benefiting. Maybe you could say race is invisible, but it’s really not a secret.

Ryssdal: Well, the response will be, if I could put words in Republicans’ mouth, they will say, “Listen, we’re just doing this by income bracket and by the folks who are generating the economic growth in this country — corporate America.”

Ryssdal: They will also say, if I may continue speaking for the Republican Party here, “It’s all going to trickle down, professor Brown, don’t worry about it.”

Brown: It is not, because corporations are not hurting for money at this point. Or I should say different industries. Retail may be hurting, but Apple, G.E., they’re not hurting. We have lots of corporations that have over a trillion dollars in reserves. Additional tax cuts aren’t going to make them hire workers. Demand is going to make them hire workers. And until you have higher consumer demand, which you could do if you generated tax cuts for the middle class, significant tax cuts for the middle class, which is not what this bill did, that’s just a pipe dream.

Ryssdal: Let me turn the page for a second, as Speaker Ryan has done to what he wants to get done in the next year now the taxes are done. Speaker Ryan has talked about Medicaid and Medicare reform, Social Security reform and getting rid of the debt burden that this tax bill imposes.

Brown: That they just created by enacting this tax bill.

Ryssdal: So when you hear him say Medicaid and Medicare reform, what does that translate into in your ears?

Brown: It translates into some of the most vulnerable Americans are going to be disadvantaged by this Republican tax bill. This has always been part one. Part one with the tax cuts, so that they can say, “Oh, look at this awful deficit,” by the way that the Republicans just created with this tax bill, “we have to cut our spending.” And it’s going to be the most vulnerable among us that are going to bear the brunt of that.

Ryssdal: Let me, for the third time in this interview, let me speak for the Republican Party and Speaker Ryan. If he were here, he would say, “Listen, professor Brown, we want to give states the ability to control the money, we’re going to give them block grants to take care of Medicare and Medicaid, and we’re going to let the states figure it out.” What can be wrong with that?

Brown: What can be wrong with that is states are under significant financial distress from other federal government cutbacks. So states do a lot, but they have limited ability to raise taxes. They can’t, you know, go into session and hike taxes the way the Republicans just did. So by putting another burden on states, you’re going to see those without voices being disadvantaged.