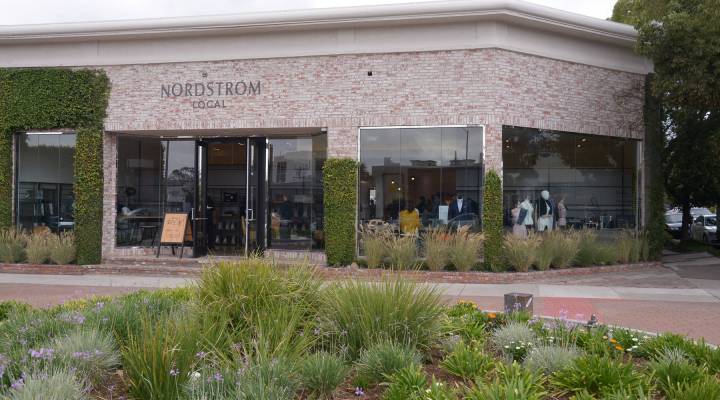 Nordstrom’s newest store in Los Angeles is a 3,000-square-foot experiment called Nordstrom Local in West Hollywood’s chic Melrose shopping district. The “service-focused concept store” is tiny compared to a standard 140,000-square-foot Nordstrom department store and doesn’t stock any inventory. Instead, customers can pick up online orders, meet with personal stylists, have alterations made or even get manicures.

“What Nordstrom is doing is what we’re going to see a lot of mature retailers do,” said Steve Dennis, president of retail strategy firm SageBerry Consulting. “When they’ve run out of opportunities to open new locations, how do they continue to grow? The shift to small format has to do with getting closer to the customer.”

Nordstrom wouldn’t tell us how well their concept store is working, but these kinds of experiments are happening across the retail sector. According to the U.S. Census Bureau, online sales accounted for 9.1 percent of total retail sales last quarter. As that percentage grows, retailers are rethinking and redesigning physical stores for the new reality.

Take b8ta, for example, a gadget retailer that lets customers touch and try products before they buy them in its nine stores across the country. Matt Olsefsky is merchandise manager at its Santa Monica store, a 1,000-square-foot showroom where about 100 consumer tech products are lined up — with no packaging in sight.

“Everything on display is set up as if you purchased the product and set it up at home,” Olsefsky said.

Not everything works as well as it should. A voice command robot that looks like Albert Einstein is slouched and unresponsive.

“We’re having some issues with this guy,” Olsefsky said, snapping his fingers. “He’s hit or miss, but he’s cool.”

He had more luck with a $300 smart musical keyboard, which promises to teach users to play piano by lighting up the keys with Guitar Hero-style instruction. Hitting the right notes is harder than it looks, something you’d only know if you try before you buy.

The company recently partnered with Lowe’s, setting up demonstration areas in 70 of its stores. Smart home products like a Ring doorbell — which would usually be boxed up in Lowe’s doorbell aisle — are now on display for customers to try. b8ta makes its money subleasing space to product creators, but Olsefsky said the company’s real product is the information it gathers by closely observing shoppers.

That’s what’s happening 20 miles south at a store called Fabletics. It made its name as an online-only athleisure subscription retailer, but this store is one of a couple dozen it’s opened recently.

“We call it brick mining,” said Ron Harries, Fabletics’ vice president of retail. “When you take the data that you collect from that customer in a retail location, you can get to know your members and guests much differently than you could online only.”

Inside a Fabletics fitting room, manager Katherine de la Cruz points out touchscreen displays used to help track each item that comes in. If someone tries on a pair of leggings, and they’re too small, the customer can request a larger size using Fabletics’ proprietary software.

“And what it does is it will alert everyone on the floor that has a device, so what it will say is ‘Katherine in fitting room 3 needs a new item,’” de la Cruz said.

The brand tracks your likes and dislikes, purchases and sizing. Anything you take into the fitting room but don’t buy is stashed in your online cart, so you can buy those yoga pants you probably don’t need from the comfort of your couch later.

You might think opening physical stores would take away from online sales, but the opposite is sometimes true. Stores can act as a form of advertising, a phenomenon known as billboarding, where noticing a store actually prompts shoppers to go online.

“When we open a retail store within a 30 mile radius of that store, the [online] customer now shops with us 2.5 more times than in a market where we don’t have a retail store,” Harries said.

The metrics retailers have been using to determine a store’s value, like comparable store sales and sales per square foot, are increasingly irrelevant, said Dennis at SageBerry Consulting.

“Because they don’t fundamentally capture the role of the store in driving the online business,” Dennis said.

It’s no longer about brick-and-mortar sales versus online sales. It’s all sales, and the store of the future is being redesigned accordingly. 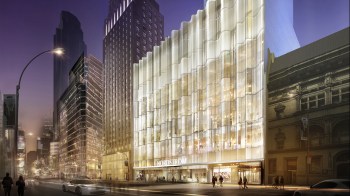