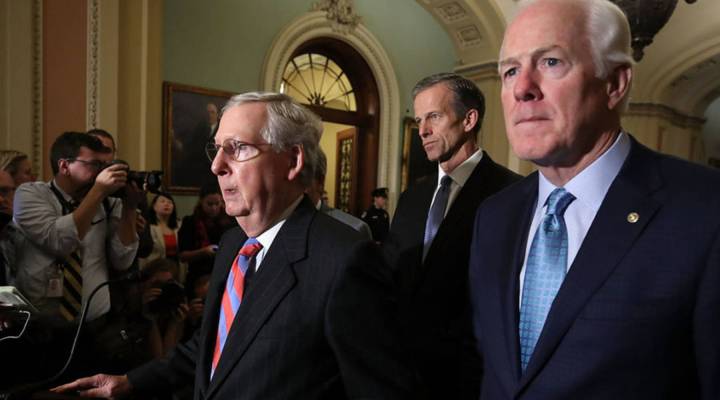 Assuming the GOP tax overhaul passes, it’s going to take effect in about three weeks. That’s not much time to digest a once-in-a-generation change to the tax code, even if you’re an expert in this sort of thing. The bill was written at break-neck speed as well, which means that if you’ve got an enterprising accountant, there may be room to game the system. Marketplace host Kai Ryssdal spoke with Martin Sullivan, the chief economist at Tax Analysts, a nonprofit that — you guessed it — analyzes the tax code, about what the unintended consequences of this speedy tax overhaul could be. The following is an edited transcript of their conversation.

Martin Sullivan: Well, I think there has been tremendous haste in this bill. Back in 1986, it took 13 months to do the tax reform bill. We’re trying to do it in 13 weeks. And it has created a tremendous number of unintended consequences, some of which are just being unearthed, some of which I’m sure we’re going to find in the future.

Ryssdal: Do you have a favorite? I mean, there’s lots of unintended consequences, lots of things in this bill. What’s your favorite? Pick one.

Ryssdal: This is that thing known as pass-through, right?

Ryssdal: OK. So what is to stop me or anybody else in this economy who is just going to work every day from making themselves into a pass-through corporation — and yes Congress is putting guardrails in there — but come on, we know smart tax lawyers can figure this out for us. And I get the lower rate, right?

Sullivan: The bill is still in flux. But it looks like if you’re under $500,000 of income, you will be able to incorporate yourself and then make a contract with your employer. The income that you receive instead of wages would be considered a tax-preferred income, and you pay a lower rate.

Ryssdal: We’re inside a matter of weeks before this takes effect?

Sullivan: Yeah. Well, for the large business community, there’s going to be a tremendous amount of reshuffling of their financial statements to comply with the new rules. It’s going to be a tremendous burden on the tax departments of the Fortune 500 companies because they have to literally rethink everything they do with taxes. And we still don’t even know what’s final in the bill. Maybe it’s a Christmas present for most of America, but it’s certainly not a Christmas present for America’s accountants.

Ryssdal: One of the things that happened with the last really big piece of controversial legislation in this country, the Affordable Care Act, was that a lot was left to regulators to implement the rules for and then figure out. Does the same thing happen in tax land? I mean, we’re going to pass this tax bill and then somebody is going to have to figure out the rules, right?