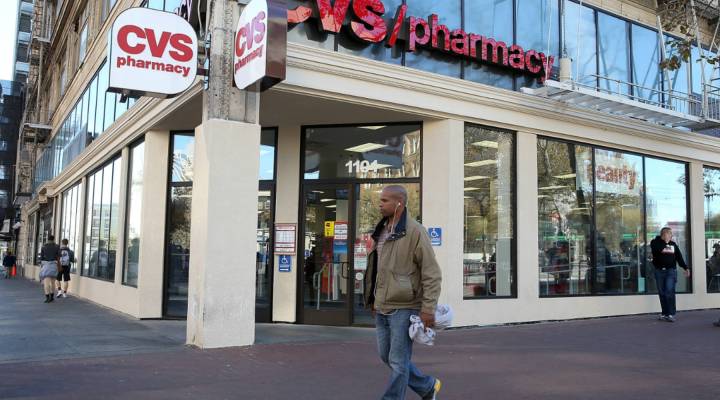 At a time when so much in the American health care system is uncertain, this adds another potential game changer.

Erik Gordon, a professor at the University of Michigan’s Ross School of Business, joined us to discuss what each company wants from the other, and how this merger could change how consumers shop around for health care. Below is an edited transcript.

Sabri Ben-Achour: Let’s just start out by sorting out what’s in it for these two companies. Why does CVS, a drugstore, want to buy Aetna, a health insurance company?

Erik Gordon: CVS wants to get more of the dollars we spend for health care. They want us to come into their stores more often to pick up prescriptions. And if CVS controls the insurance company that pays for our prescriptions, that insurance company might push us to go, well, no surprise, to CVS instead of to Walgreens or Longs or wherever else you might go.

Ben-Achour: And what about Aetna? What’s in it for them? They’ll get cheaper drugs, maybe, by sending their members to parent company CVS?

Gordon: That’s part of it. Aetna’s had trouble growing, so this could be a way of getting some growth that it hasn’t gotten in the past. But it also could save money on drugs. It also could save money by sending us to CVS for routine care and routine tests. CVS is going to put in little wellness centers. They have MinuteClinics in their stores. That’s a lot cheaper than sending us to a doctor’s office.

Gordon: Here’s what could happen. The companies could save money; they could pass some of those savings on to us. That’s sort of the trickle down theory. And sometimes not much trickles down. But they also could force us to go, well, to CVS, even if we want to go to Walgreens, and they’ll have a lot more power over where we get to spend our health care money. We might not be able to go to our doctor. We might have to go to a MinuteClinic at CVS and we might not like that.