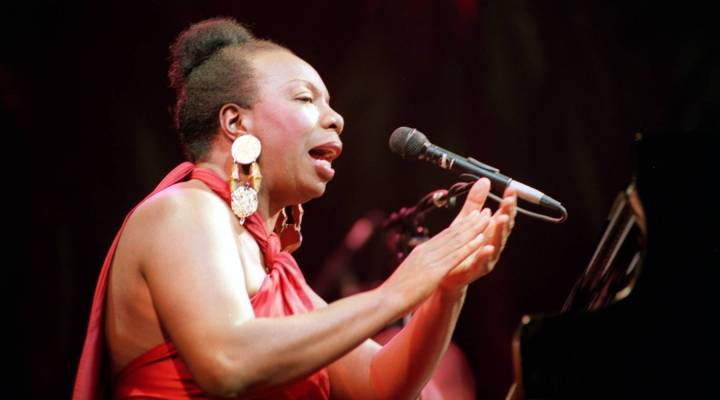 Picture dated October 22, 1991, of legendary jazz and blues singer Nina Simone in concert at the Olympia music hall in Paris.  Bertrand Guay/AFP/Getty Images
Make Me Smart With Kai and Molly

The musical bridges in this week’s episode of Make Me Smart are examples of music that emerged from populist movements in the United States. “The Farmer is the Man” is a populist protest song from the late 19th century, when farmers protested low inflation and low crop prices. As professor Sheri Berman pointed out in the podcast, this led to the creation of the populist party. The party carried five states in the 1892 presidential election before merging with the Democratic Party.

Paul Robeson sang a memorable version of “Joe Hill” a song written in the 1930’s as part of the labor movement in the United States. It’s a ballad about a real-life labor activist from Salt Lake City, Utah who was a songwriter. In 1949, he sang the song to miners in Scotland.

It was tough to pick only two songs for this show, because, as it turns out, I’ve got a whole lot of protest music rattling around in my brain. One of my first memories is sitting on my father’s shoulders in a vast sea of people listening to final performance of the folk music group The Weavers.  I was four year old, so I didn’t know that I was at the Clearwater Festival in Westchester County, New York and I didn’t know that The Weavers were a folk music group formed in the late 1940’s featuring Pete Seeger, Fred Hellerman, Ronnie Gilbert and Lee Hays. I learned later that during the Red Scare of the 1950s, two of the band members were called before the House Un-American Activities Committee led by Congressman Joseph McCarthy, and that Pete Seeger was found guilt of contempt.  All I knew was that I loved the music.

The Weavers sang traditional folk music, but also all kinds of protest songs — about the struggles of coal miners, the songs that powered the Civil Rights movement of the 1950s and 1960s, songs about human rights violations under General Augusto Pinochet in Chile. But the history of protest music in America goes all the way back to songs like “Yankee Doodle.” According to the Library of Congress, it was originally sung by British soldiers to mock American colonists, which those colonists later adopted as a patriotic song during the Revolutionary War.

There is a song for just about every American struggle — the challenges facing returning veterans, the loss of Native American rights and lands, the declining fortunes of steel workers in Pennsylvania. But no musical protest tradition is as rich and enduring as the one that accompanied the African American struggle for freedom in the United States.

One example of a song written to represent the Black struggle in America is “Lift Every Voice and Sing,” which was labeled in 1919 as the Black national anthem by the NAACP. Ray Charles performed the song on the Dick Cavett show in 1972.

Yale University professor Daphne Brooks teaches a class called “We the People: Protest Music in America & the Black Freedom Struggle” and she’s one of my favorite guests on Marketplace. Kai interviewed Brooks when Prince died, about his musical legacy. Like many professors, she’s busy grading finals right now and wasn’t able to be on this week’s episode, but she sent me the syllabus for “We The People,” which is worth quoting here:

“From the coded sounds of captives scoring their own resistance to the majestic choral performances of an emancipated people, from the dissident sounds of migrants rejecting Jim Crow segregation to the experimental performances of jazz geniuses, folk freedom fighters battling for workers’ rights and resisting unjust wars, frontline a cappella singers fighting for racial equality, rock ‘n’ roll iconoclasts and soul survivors forecasting a new era of radical reform, and renegade deejays, hip-hop rebels, and black feminist pop revolutionaries continuing to push for “a more perfect union,” protest music has documented, instigated, and prophetically envisioned change across the centuries in American culture. African Americans have led the way in innovating musical forms of insurgency since the time of slavery, and this bold tradition of sonic resistance is as robust as ever in the new millennium.”

The syllabus also features what can only be described as an epic playlist, and Brooks gave us permission to incorporate as much of it as possible into the Spotify playlist above.  I can’t do justice to the rich context behind each song, but I can quote her once again:

“Ultimately, ‘We the People’ seeks to examine not only the content and form of protest music but, moreover, the complex ways in which acts of protesting hold the potential to yield alternative knowledge, self-making, and self-affirming practices to not only survive dark times but to make our world anew.”

In the era of the Black Lives Matter movement, a whole new crop of protest songs have become popular. A notable song that comes to mind is “Alright” by Kendrick Lamar, off his 2015 album “To Pimp a Butterfly.” The lyrics talk about the injustice of police brutality and are often chanted at Black Lives Matter protests: “we gon’ be alright.”

Another body of work that represents the struggle of Black people related to police brutality is Beyoncé’s Lemonade. While previously, Beyoncé didn’t speak publicly about the Black Lives Matter movement, this message was strong in the video for the song “Formation,” where she sings atop a sinking police car, and in her Black Panther-themed Super Bowl performance. The visual component of the album showed the mothers of slain black men Trayvon Martin, Eric Garner and Michael Brown holding pictures of their sons, whose deaths launched the Black Lives Matter movement. 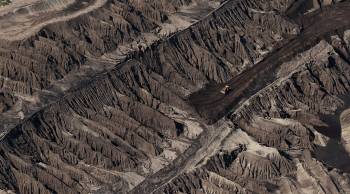