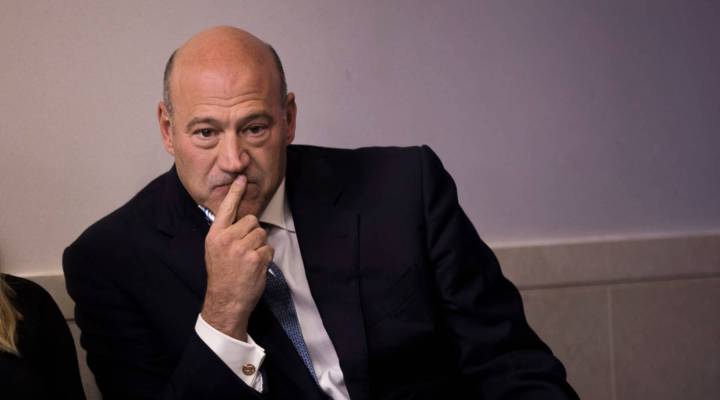 Cohn was being interviewed at a Wall Street Journal CEO Conference yesterday. Obviously, the tax bill was top on the list of questions. At one point, WSJ Associate Editor John Bussey turned to the audience, most of whom were from the corner office, and asked them if a tax cut would make them invest more.

Why aren’t the other hands up? Well, there are a whole lot of reasons, because business is complicated. But we’d be remiss not to mention that the entire premise of the corporate tax cuts, according to congressional Republicans and the White House, is that companies will spend more on wages, hiring, investing in facilities in the U.S. and so on. Then that money will trickle down to workers.

That is, unless CEOs decide not to invest more.

We talked with Kevin Hassett, another White House economist, for quite a while earlier this month and couldn’t sum up that point any better than these few seconds of tape.