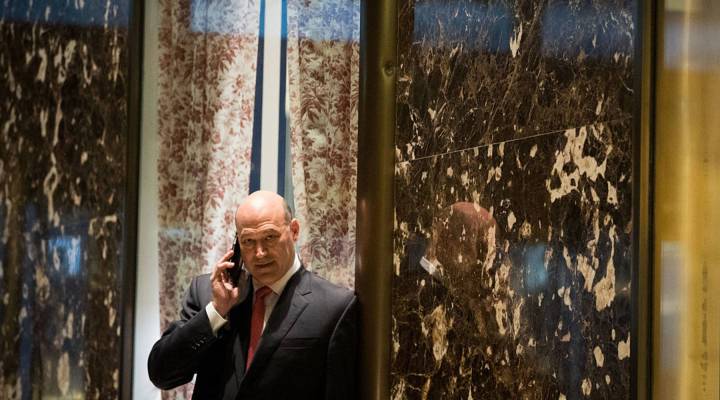 Top Trump economic adviser Gary Cohn is leaving the White House after being at odds with the president over trade policy.

The official line is that “there was no single factor“ for Cohen’s resignation, according to The New York Times. But Cohn, the director of the National Economic Council,  has led the fight against the president’s push for steel and aluminum tariffs. He tried to orchestrate an eleventh-hour effort to push Trump to reverse course. But Trump has been resistant to those efforts, and reiterated Tuesday he will be imposing the tariffs in the coming days.

In a statement, Cohn says it was his honor to serve in the administration and “enact pro-growth economic policies to benefit the American people.”

Trump praised Cohn despite the disagreement, saying Cohn has “served his country with great distinction.”

Many of the advisers left have a more protectionist mindset, with a focus on domestic policy as opposed to global free trade. One person we’ll likely hear more from is Peter Navarro. The trade adviser has been at odds with Cohn the last several days over tariffs and is particularly concerned about our trade deficits with China.

Updated, 4:48 p.m. PT: This story was updated with more information.