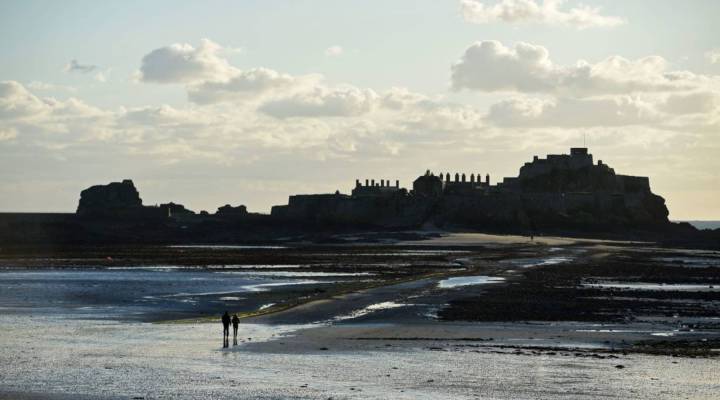 Switzerland, Luxembourg, Panama and now Paradise. The leak of tax documents purporting to show the ways that individuals and multinational corporations avoid taxes seems to be an almost annual occurrence. So will anything change?

Pascal Saint-Amans is the Director of the Center for Tax Policy and Administration at the Organization for Economic Cooperation and Development. He said that ever since the financial crisis, as more and more revelations about the lengths that companies have undertaken to avoid tax have been published, governments have been working behind the scenes to better coordinate their tax laws. That’s why, he told us, the “era of bank secrecy is over.” Below is an edited transcript.

Anu Anand: My understanding is that the numbers of tax havens has grown a lot in the last four decades or so, hasn’t it?

Pascal Saint-Amans: Oh yes, in the last four decades we can say it has grown because of globalization. Forty years ago it was a limited issue, marginal for secret services and a few high net worth individuals. Now it’s at the core of globalization. The economy has globalized, has financialized and as a result the offshore jurisdictions have had an increasing role in that system.

Anand: You are trying to encourage these various tax havens to be more transparent to comply with the rules that OECD would like to see. How far are we on the road to having full transparency?

Saint-Amans: We’re getting there. It took time — it took the financial crisis for governments to really take that lead against lack of transparency. We can say that today bank secrecy is over. It was the rule ten years ago in Switzerland, Singapore, Jersey, Guernsey, Cayman Island I could quote 50 countries like that. Now it’s not only not the rule but it has come to an end because we’re moving to what we call automatic exchange of information. What does that mean? If you open a bank account in an offshore jurisdiction this will be reported to your tax authorities automatically on an annual basis. So you can no longer hide.

That said, further progress is needed to identify what we call the beneficial owners. Who’s the warm body at the end of a chain of a legal chain? If you have a trust in Jersey and then a BVI company (a company incorporated in the British Virgin Island) — who’s the person, the individual behind that? And for that we need a better implementation of the standard on beneficial ownership and a direct access by the authorities to this type of information. So that’s ahead of us.

Anand: Now you go through and list whether or not countries are complying with the rules that you would like to see. And at the moment many countries have moved to compliance but you’ve still got one, Trinidad and Tobago, that’s noncompliant. What kinds of pressure can you apply to a country to say, “look, you’ve got to follow these rules?”

Saint-Amans: What we do is that we do standards. Then we ask countries to commit to the standards of all the countries if you want to level the playing field, if you have a loophole somewhere all the money would go there. And then we assess the countries against the standard through peer reviews and we assess whether they are compliant, partially compliant, and if they are partially or noncompliant then we denounce them to the G20 with the threat of being blacklisted or facing defensive measures. And so far that system has worked because countries don’t want to be identified because they may lose legitimate business and just get a concentration of bad business so they’re moving.

Anand: What do you think the most ideal system would be then? I mean, is there a way to have a kind of global tax system that is fully transparent?

Saint-Amans: We cannot have a global tax system for a simple reason: tax is at the core of sovereignty; consent to tax is at the core of democracy. So the people of different countries have to decide on their own tax system. That said, the economy is globalized and nations cannot just stay domestic. So what we need is tax cooperation. So it’s not one global system but a system where all these sovereignties will cooperate, will exchange information, will be transparent one with the other.

Anand: But they’re not going to do that are they? The whole point of tax havens is to compete with other countries and say “hey bring your money here it’s cheaper we’re not going to tax it.” That’s always going to be an incentive.

Saint-Amans: You have two issues there. One of which is tax competition, that I could call fair tax competition — you reduce your rate. In the U.K. for instance you are pretty good that you have a pretty low corporate income tax. But it’s transparent. What is unfair is that you say to people come here you will hide from your authorities, you will hide from the places where you should pay your taxes. And this is what we are fighting and to improve that you need transparency and you need also to update the international tax rules which were initially developed back in the 1920s with old rules. That’s what we’ve been doing for the past five years at the OECD — changing the rules for all the countries from the U.S. to Europe to India to China — so that companies — because here we’re talking about multinational companies — would locate at their profits where they have activities. Instead of this current divorce between the location of the profits in tax havens where they are not taxed and the location of the activities where you have the markets or the manufacturing and all the rest of the activities.

Anand: So what changes do you think are going to come as a result of the Paradise Papers — anything significant?

Saint-Amans: Well, changes are happening, have been happening for about 10 years. And what did trigger the changes was the financial crisis. People couldn’t understand that the wealthy, the high net worth individuals, or the multinational companies wouldn’t pay their fair share of tax because of loopholes in the international tax system. So changes have happened then with governments taking the lead in the G20 for instance to change the rules. Now you have had a number of leaks — Swiss leaks, Luxe leaks, Panama Papers, now Paradise Papers. What they do is that they help keep the political pressure to make sure that changes happen. Getting all the countries to agree to rules is not easy and if you don’t have this political pressure you cannot get there. So not necessarily a really a big change to be expected from the Paradise Papers but indeed support to implement the changes which have been agreed over the past few years.