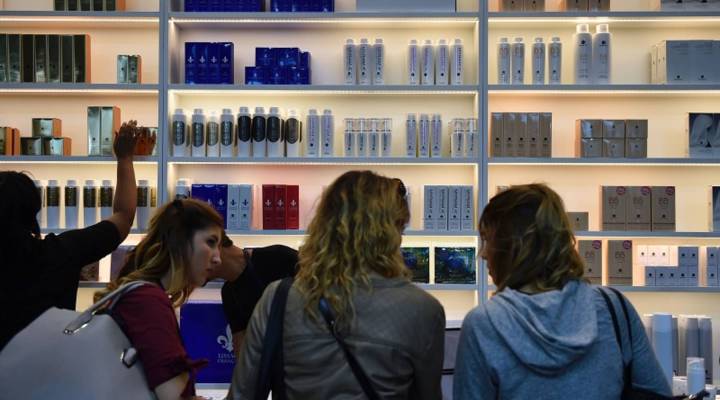 COPY
Companies used to sell their high-end hair care products only in salons and stores. But they found their products were being sold online, whether they wanted them to be or not.   Eric Feferberg/AFP/Getty Images
Marketplace Tech Blogs

Companies used to sell their high-end hair care products only in salons and stores. But they found their products were being sold online, whether they wanted them to be or not.   Eric Feferberg/AFP/Getty Images
Listen Now

Some relationships are extra special. Like the one you have with your hairdresser. For me, John Ryan is the person who knows all my hopes and fears. My relationship status. My work stories. And my natural hair color.

John and his wife, Melissa, own Festoon, a high-end salon in Berkeley, California. It’s one of those places that sells a *lot of fancy shampoo and styling products. I learned recently that those product sales are a big part of the salon’s business. Or were before Amazon, whose impact on retail is well known. And it’s reaching into businesses you wouldn’t always expect.

“Pre-Amazon, we did probably a million dollars in retail sales and we would keep, say, 35, 40 percent of that,” Ryan said. Now, Festoon’s annual product sales are a third of what they once were because customers don’t buy in the salon anymore.

“They’re straight-up taking pictures of the product after we recommend what they should use in their hair. And then they will choose to go and buy something online. They might think it’s cheaper. It might not be, and they’ve actually even tried to return products to our salon that they bought on Amazon.”

Companies used to sell their high-end hair care only in salons and stores. But they found their products were being sold online, whether they wanted them to be or not.

Kelsey Oliver, an analyst at IBISWorld, cites the example of the luxury hair product company Oribe.

“They partnered with Amazon after being frustrated with unauthorized vendors selling their products online. They could sell used or tainted products. That degraded the integrity of the product. So they decided to partner with Amazon instead. Their online sales now account for 35 percent of Oribe’s revenue.”

Oliver said that in the 2012 census, product sales accounted for about 7 percent of total revenue for all American salons. And they have relied on their relationship with their customers to sell merchandise. That includes Victoria Jones, who’s been going to Festoon salon for five years now and always buys her shampoo and conditioner there. We asked her if it’s because Ryan is such a good salesman.

“It’s trust rather than pressure,” Jones said. “Because, you know, my money is my money and I spend it where I want. But I do like the salon. I do like the atmosphere, so that makes me think that the products are going to give me that same atmosphere.”

But the shift to online seems at least partially inevitable. We shop differently now. We want lots of online reviews instead of one recommendation from one stylist. Even the trust part of the equation is changing. People look to YouTube stars who provide tutorials and product recommendations.

“Salons and retailers are no longer the sole authority on these hair care products,” said Oliver of IBISWorld.

Even my stylist, Ryan, said any salon that depends on product sales for profit is going to have to diversify or change the model entirely, whether that’s creating and selling their own shampoo or opening up a bar off the side of the salon.

“But there’s so many scissors around,” Ryan said. “It’s good for a short while, then bad.”

As for me, I’m going to keep doing what Ryan tells me to do, even if it comes at a bit of a premium. 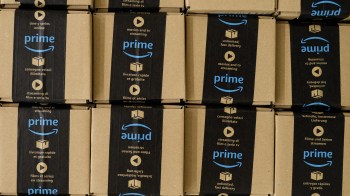