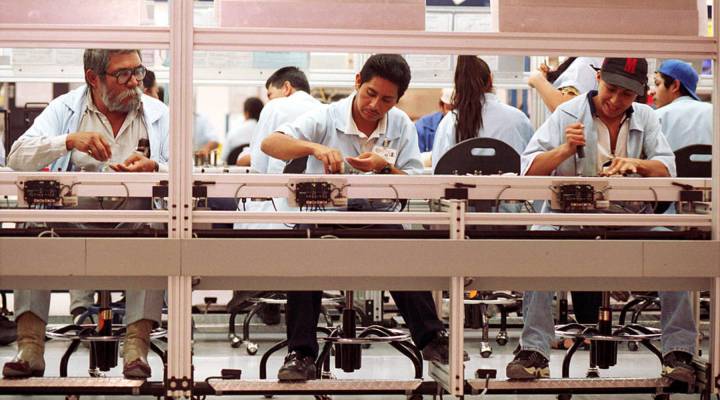 Attacking the North American Free Trade Agreement was a central part of President Trump’s campaign. But as talks between the U.S., Canada and Mexico open up today, his administration has the chance to change it.

To get a sense of what the three countries are going to be hashing out during these negotiations, we called up Mickey Kantor, who was the U.S. Trade Representative under the Clinton administration and helped negotiate parts of the original trade agreement. Below is an edited transcript of the conversation.

Sabri Ben-Achour: So do you expect a major overhaul of NAFTA to result from this negotiation, or just a bunch of small cosmetic changes?

Mickey Kantor: Oh, I think we’re somewhere in between. There’ll be changes. I think there will be an updating which we need desperately. NAFTA negotiations began in 1989 — that’s 28 years ago. We finished it in 1993, and that’s 24 years ago. A lot has happened since then, especially in the IP, artificial intelligence, cloud world and so there will not be major changes. I predict there will be updating.

Kantor: Well, the first sticking point is where are we going to settle disputes? Are we going to settle them internally with the U.S. using its laws, but being judge, jury and prosecutor with regard to dumping products on markets or whether products are subsidized and able to operate independently? Canada is going to fight very hard, as is Mexico, to keep the disputes over dumping and countervailing duties, we call it, inside the NAFTA court, and the U.S. will fight to take it outside NAFTA so it can operate independently.

Ben-Achour: President Trump has repeatedly singled out the trade deficit with Mexico and Canada. Do you think that will come up in these negotiations? How realistic is it for a trade deal to address this?

Kantor: Trade deficits have very little to do with trade agreements. First of all, the strength of the economy is the first thing that has to do with trade deficits. If your economy, like the U.S., is stronger than others and you’re a consumer-based economy, of course you’re going to suck in a lot of goods from around the world. Then the currency changes and manipulations will affect the trade deficit. Whether or not your industries are competitive, how good is your infrastructure, wages, taxes — those are the things that affect the trade deficit. Trade agreements have very little effect on trade deficits.

Ben-Achour: What are you hoping to see come out of this process as someone who negotiated NAFTA in the first place?

Kantor: There are broader issues here. What we’re trying to do in trade is to create a rules-based system. We don’t want free trade, we want rules-based trade where everyone operates on a level playing field. And that’s what we should be trying to accomplish — a continued strong relationship with Mexico and Canada would be the first thing. Our exports to Mexico are as great as almost the entire European Union combined. Just think about that. Mexico and Canada are by far our largest trading partners and the three of us together are the largest trading area in the world. And so here we are trying to delicately update an agreement between three countries without upsetting the apple cart. And that’s what ought to be our goal.