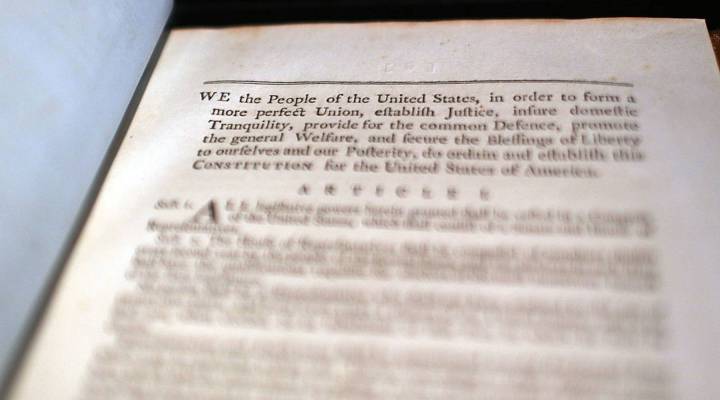 Google has fired the engineer who circulated an internal memo criticizing the company’s diversity initiatives. The former employee, James Damore, argued that biological differences between men and women are responsible for tech’s gender gap.

Google said he violated company policy about promoting gender stereotypes. The company did not publicly name him, but Damore later revealed his identity to the Wall Street Journal and Bloomberg. Damore claims he has a legal right to express his views and that he’s going to fight the dismissal.

Lee Rowland, senior staff attorney at the ACLU’s Speech, Privacy, and Technology Project, joined us to talk about the role the First Amendment has in cases like these and when companies can fire you.

David Brancaccio: I know you tend to focus on public employee free speech rights. But if someone works for the private sector, help us understand what the law says about our ability to say what we want in the workplace.

Lee Rowland: Well, the law doesn’t say a lot about it. The First Amendment really only acts as a restraint on government. In fact, the first few words of the First Amendment are: Congress shall make no law restricting freedom of speech or of the press or religion. So when you work for the private sector and your employer is not the government, the Constitution gives you zero protection in terms of keeping your job based on what you say. So while it is possible that states and localities could pass laws protecting speech — and a very, very tiny number of cities and localities have done so — 99.9 percent of the time, there is no legal barrier to a private employer firing an employee because of their speech at or outside of the workplace.

Brancaccio: So if you’re signing up at a private employer and they hand you the code of conduct or the employee handbook with rules, you ought to take those seriously.

Rowland: That’s exactly right, because they have every right to fire you should you run afoul of them. Now there is an important asterisk on this, which is employers may not use firing you because of your speech as a pretext to violate other laws that prevent discrimination. So, for example, federal laws that prevent employers from firing employees because of their religion or because of their pregnancy or their sex or their race. But, if it is solely because of their speech, there are no federal laws and no laws at the state level that I know of that give employees that kind of protection based on their speech rather than who they are.

Brancaccio: Now there is some talk in this case of the Google employee that somehow National Labor Relations Board rules might somehow apply. It’s not a unionized position as far as I’m aware. Does that inform this discussion at all?

Rowland: I should be the first to admit I’m not a labor lawyer, so there may be some obscure contractual provision that he can take refuge in, but it certainly doesn’t come from the Constitution.