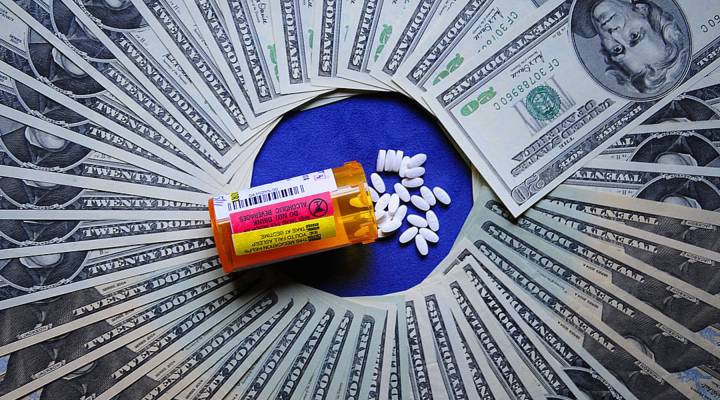 Nearly nine out of every 10 prescriptions filled is for a generic medication. And while there’s plenty to admire about our generic system, cracks are beginning to show. There’s growing evidence these affordable drugs may become more expensive and harder to get.

Guy VanderLek has taken one 100 milligram dose a day of atenolol, a generic beta blocker for high blood pressure, for 10 years. This June, he went to his usual pharmacy and it had run out. He tried another one; it had also run out.

“I can’t get the medication I’ve been on for years from two of the largest pharmacy providers in the country,” VanderLek said. “It doesn’t make any sense to me.”

Drug shortages have been creeping up, with as many as 200 shortages on any given day last year, most of them generic, according to University of Utah Drug Information Service statistics. The shortages can be traced back to the success of the generics program.

Since the 1980s, after a branded drug’s patent expires, manufacturers dive into the market, pushing prices down 80 percent to 90 percent. While that’s great news for consumers, it means pencil-thin margins for drugmakers.

University of Chicago economist Rena Conti said over time, those tiny profits push some manufacturers to bow out, leaving just a few players.

“In the long term, only two to four manufacturers are actually making these drugs,” she said.

This is an old problem. But new research from Conti shows it’s now on steroids. Narrow profits, pressure from Obamacare and recent federal regulations have driven some manufacturers to consolidate. So today, Conti finds 40 percent of generics are made by just one drugmaker.

University of Utah pharmacist Erin Fox, who monitors drug shortages, said the more generic monopolies, the more common it’ll be for people like VanderLek to struggle filling his prescription.

“That means when there is any type of supply glitch, a manufacturing problem, a quality problem, it almost always ends up in a shortage,” she said.

And of course, the more consolidation in the market, the more manufacturers can charge. A Government Accountability Office study from last year found more than 20 percent of generic drugs had more than doubled in price in the last few years.

Conti said our system continues doing a great job creating competition; now we’ve got to figure out how to preserve it.

“Right now, we have a regulatory infrastructure that is very focused on pulling competition into the market,” she said. “But we have very little assurance that the market will stay competitive over time.”

It’s beginning to dawn on federal health officials that something must be done. One idea is to import generics from overseas when a drugmaker jacks up the price.

Conti said the challenge for Congress and the FDA is to devise a way to encourage companies to jump into the market when monopolies crop up. A tall task, she admits, considering generic drug company profit margins.