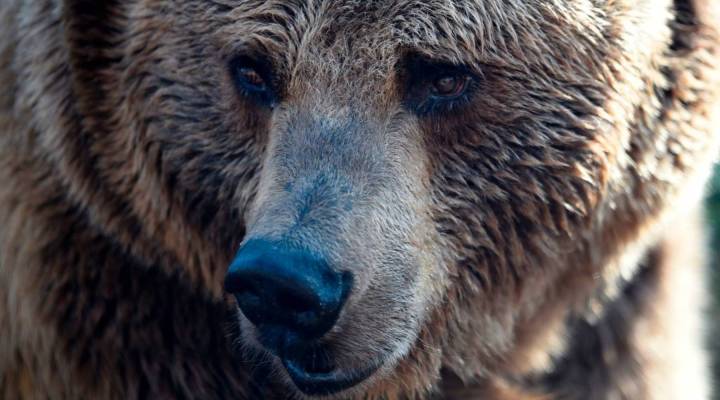 Since 2011, the Brooks Falls Bear Cam has been live streaming the fishing exploits of brown bears in Katmai National Park. While it might not be the first attempt to watch bears remotely, it is arguably the highest profile nature live stream, with over 22 million viewers.

The cameras were set up through a partnership between Katmai and Explore.org, a philanthropic media organization known for its many animal streaming webcams. There’s Osprey Cam, Eagle Cam, even Walrus Cam. But for founder Charles Annenberg Weingarten, it all comes back to the Brooks Falls Bear Cam, in the end. It’s still his favorite.

Marketplace host Lizzie O’Leary sat down with Annenberg Weingarten in order to better understand how one gets into the nonprofit business of live streaming the world’s remote wildlife. The following is an edited transcript of their interview.

Lizzie O’Leary: So take me back to the moment when you thought, hey, we can put some money into this thing and bring bears, and ospreys, and walrus, and all sorts of other animals to people all over the world.

Annenberg Weingarten: You know, it’s interesting where inspiration comes from. I had always wanted to connect people to nature because I believe that the best form of philanthropy is when you fall in love with something and developing an emotional connection. And the bears and the salmon is one of the most iconic visuals, and it was such an honor when the park services allowed us to work with them to help educate the public.

O’Leary: So, how did that work? What were those conversations?

Annenberg Weingarten: Well, there were a series of them. We literally were just on the phone with the National Park Service, and I think the connection between Explore.org and the Park Services was simple: Explore is completely philanthropic, and really one of our driving values is purity and educating the public in the purest form possible. So we dont try to manipulate nature, we don’t try to sensationalize it. And the Park Service shares that vision of trying to educate and enhance and enlighten the world about the work they do. And it’s just been a beautiful relationship.

O’Leary: Well so how do you do that? How do you maintain that purity and still get, you know, 22 million people looking at your cams.

Annenberg Weingarten: You know, it truly is a fine balance, and I think in today’s world, the currency of Explore and what makes it so unique is the purity that manifests itself. Everything so often is sensationalized today for ratings and I don’t know what will happen with technology, but we’ll be remembered as truly pure stewards of the natural world.

O’Leary: Can you make that go further? After all, you know, I can sit in an office in New York City and watch the bears, and it’s a really moving experience. But that doesn’t mean that I’m, you know, donating to animal conservation or that I am taking environmental action. It just means I’m passively participating.

Annenberg Weingarten: And I think that’s fine. Sometimes when I look at these cams myself, I think of them as an antidote to stress. The world is going through a lot of difficult times right now, and I feel like Explore.org is an oasis of peace. And so I think that’s fine. Isn’t that what nature is about? Isn’t that what parks are about, to be able to explore and to let go. And so I truly believe that that’s okay. I don’t think that you had to be involved.

O’Leary: I don’t have to give five bucks, or donate, or something like that?

Annenberg Weingarten: No. No, you don’t. And I’ll tell you why I say that. I’ve traveled through every state in America. And what I discovered was, there are so many amazing, hardworking people out there, and they want to get involved but they don’t have the means. And it makes them feel bad. And the fact that they can connect, because truly the most valuable currency in any movement is your time. And so what happens is, when you’re on Explore, you can connect with these nonprofits. And eventually they do give. They don’t give out of a guilt-ridden state. And so anyone can give. It’s just that we don’t make that the emphasis because the first step is learning, awareness, education. And I think if you really do want to give you will. But a lot of people don’t have that fortunate background to be able to do that. And you have to respect that.

O’Leary: You know, I’m talking to you because the Bear Cam, and I should say “Cams” as there are many, is what drew me to this. But there are all sorts of other cameras. Do you have a favorite?

Annenberg Weingarten: You know, like I said, they’re all like my kids, I feel like. But ultimately, at the end of the day, the Bear Cam is just… There’s nothing like it. It’s really so neat to be able to allow people to voyeur like this and connect. I love them all, you’re talking to the wrong guy. But yes, the bears have a special place in my heart.

Streaming is causing headaches for networks