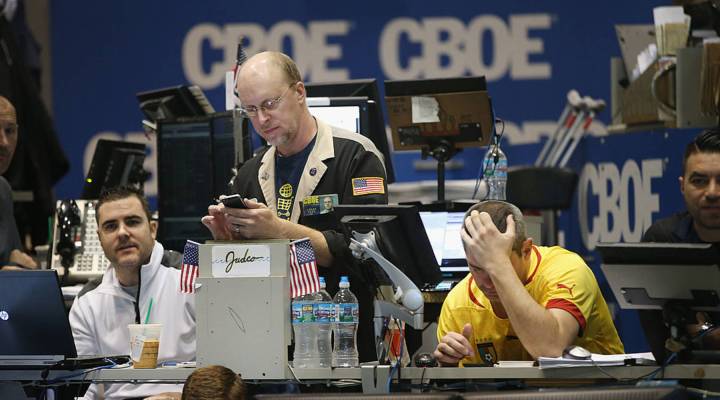 In the world of business and economics, there’s a bit of a fixation on uncertainty.

To start, there’s the VIX, a measure of investor fear, that tracks expected volatility in the markets.

But there’s another index out there, one that might be less familiar. It’s called the Economic Policy Uncertainty Index, and it provides clues about how politics might be shaping the economy.

Scott Baker from the Kellogg School of Management at Northwestern University developed the index along with Nicholas Bloom at Stanford University and Steven Davis at the University of Chicago. At the time they began working on it, in the years after the Great Recession, “there wasn’t something that highlighted the role the government played in generating or driving uncertainty,” Baker said.

At that time, he said, economists were talking about economic policy uncertainty “as potentially a factor in extending or deepening the Great Recession.”

The index they created is based, in part, on news article text searches. And it is used as the basis for research by economists and finance experts looking for connections between political economic uncertainty and different parts of the economy.

“What I found was pretty consistent evidence that indicated that as economic policy becomes less clear and more uncertain, small businesses are more hesitant to invest,” Krol said. He found higher levels of economic policy uncertainty also make small businesses more hesitant to hire. “It’s much more difficult to be confident in the return on that capital investment or that hiring decision.”

Sure, many business owners out there are rooting for tax reform and hoping for fewer federal regulations. But they may also just want some predictability from economic policy.