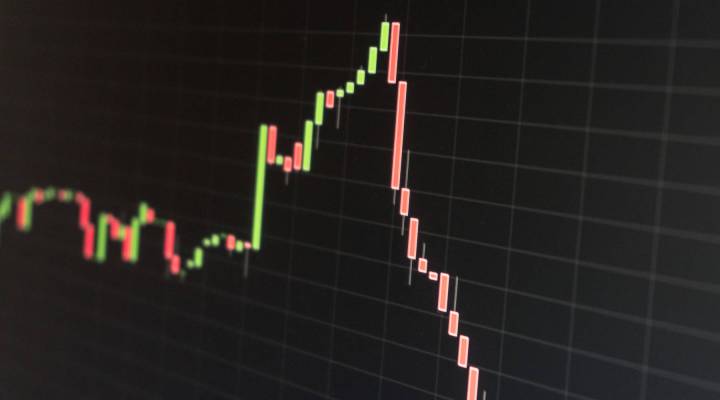 The stock market had a rough 2018, plunging and rising hundreds of points at various times in the year.

We know there’s chaos in the markets because we read the panicked headlines about hundred-point plunges and see the dips on a big line graph.

But there’s a very real way of quantifying whether there’s too much fear or optimism in the markets. It’s appropriately named the Volatility Index (VIX), and it measures how much volatility investors expect over the next 30 days based on the real-time prices of options on the S&P 500.

The index was developed by Robert Whaley, now a finance professor at Vanderbilt University, and was launched by the Chicago Board Options Exchange back in 1993.

Last year, the VIX saw a 157 percent increase in market volatility. Volatility notably spiked in February, and started climbing up in October throughout the rest of the year.

Generally, some consider values less than 20 on the VIX scale as associated with less volatile times in the market, while values greater than 30 are associated with a large amount of volatility.

However, Whaley said that it really depends: “The market is always volatile. Whether the VIX is high or not can only be gauged on past experience.”

Peter Sokolowski, editor at large of the dictionary company, said volatility increased 253 percent in 2018 compared to 2017. That is, in terms of the number of searches.

Prominent increases throughout the year were associated with dips in the stock market. On Feb. 6, search results for the word “volatility” increased 180 percent, which is calculated based on the average of the past four weeks. The previous day, the Dow plunged 1,175 points.

There were also search spikes in October and December, which are months when we saw big stock market declines.

Today, volatility is used most commonly in a financial or economic context, according to Sokolowski. “Volatile” was often used in the 19th century, while “volatility” starting become more en vogue after 1980.

On Merriam-Webster’s own site, its first entry for volatile is: “characterized by or subject to rapid or unexpected change” with the example being “a volatile market.”

“We did our own research, and we found that, referring to markets, we can go back into the 19th century, all the way to 1858,” Sokolowski said.

That, by the way, is when the first-recorded recession happened in the U.S., based on National Bureau of Economic Research data.

But despite the association “volatile” and “volatility” have with Wall Street, Sokolowski explained that the word volatile actually comes from the French verb “voler.” To fly.

And in a 1755 dictionary from the English author Samuel Johnson, his definition for the word vo’latile (the old French term for the word volatile) is a “winged animal.”

“Essentially poultry. So birds, pheasants and pigeons, which included chickens. And that is what it originally meant in English,” Sokolowski noted.

But in a 1934 edition of Webster’s dictionary, one definition describes it as being “lively,” “airy,” “changeable” or “fickle.” It includes an example from “Gulliver’s Travels” author Jonathan Swift, who refers to another person “as giddy and volatile as ever,” Sokolowski added.

“I just think it’s a wonderful example of language change. That the word went from from flight to flighty to changeable. And I think it’s notable that when we say volatile markets, that is not a value judgment at all,” Sokolowski said, although he added that one could argue, of course, that markets are not rational. “It went from the concrete to the metaphor. It went from things that fly, to things that change quickly and often without predictability. And I think that’s the interesting, poetic thing to see.”