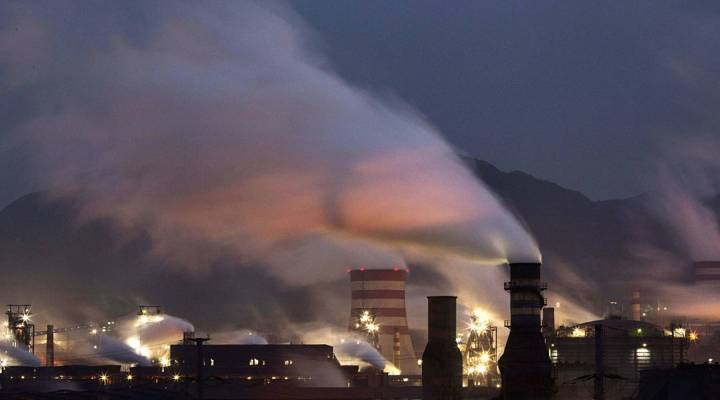 COPY
Smoke billows from smokestacks and a coal fired generator at a steel factory in the industrial province of Hebei, China. Kevin Frayer/Getty Images

Smoke billows from smokestacks and a coal fired generator at a steel factory in the industrial province of Hebei, China. Kevin Frayer/Getty Images
Listen Now

The global demand for energy just isn’t growing at the same speed it used to. The fossil-fuel giant BP has released a new report about global energy use in 2016, finding that energy consumption increased by 1 percent in 2016, compared to a 10-year average of 1.8 percent a year.

Part of the reason: China is relying more on renewables and natural gas. BP’s chief economist, Spencer Dale, joined us to talk about changes going on in the world’s second-largest economy, carbon emissions rates, and whether or not the U.S. is helping bring down those emission levels.

Spencer Dale: One of the features of 2016 was that global growth in energy demand is slowing. So we’re still having more demand this year than last year, but the pace of that growth is weak. This is the second or third year where we’ve seen growth significantly weaker than we’ve gotten used to.

David Brancaccio: Who do we thank, or who do we blame? Asia, in parts, right?

Dale: I think this is a “thank” story because this reflects improving efficiency, and a big chunk of this reflects changes going on in China.

Brancaccio: China, again — it’s one of the great stories of the past two or three years, which is as China adjust its economy, its levels of growth are not what they were, say, some years ago.

Dale: Exactly, and I think there’s two or three things going on in China. One is the story you just talked about, which is slower economic growth. It’s also the pattern of that growth is changing away from the industrial sector toward more consumer- and service-facing sectors, which require a lot less energy. And then the third key thing, which is happening in China, is a shift in their fuel mix away from coal toward cleaner, lower-carbon fuels — renewable energy, natural gas, nuclear energy.

Brancaccio: Now at the same time, you found that carbon emissions on the planet Earth haven’t really increased during that period.

Dale: We’ve now seen carbon emissions from energy use be flat or falling for three consecutive years. This is a very significant break from the last 10 years when they were growing at 2.5 percent a year or so. And so the big question this raises for energy industries and for climate and environment, for everybody, is: Is this a decisive break from the past or is this largely a cyclical story?

Brancaccio: Is the U.S. helping at all? I mean, people are buying electric cars. We see a boom in wind power, solar power. Does that count on a global scale? 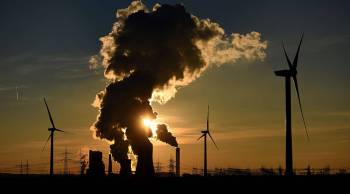