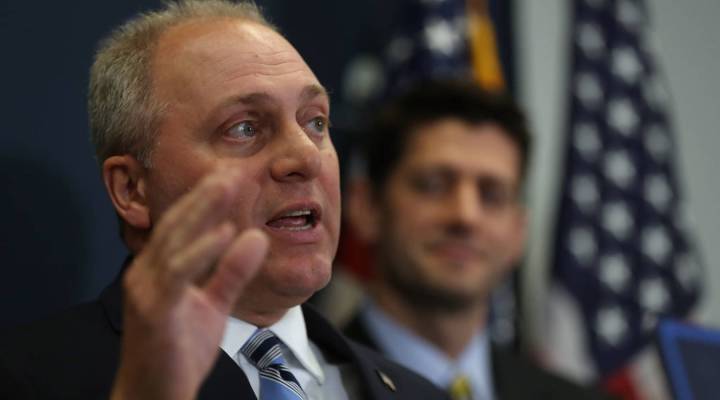 Brooks said that Scalise, 51, was down on the ground with what Brooks described as “a hip wound.”

Rep. Mike Bishop, R-Mich., said Scalise was standing on second base when he was shot.

“I was looking right at him,” Bishop told Detroit radio station WWJ. “He was a sitting duck.”

Scalise is the No. 3 House Republican leader. He was first elected to the House in 2008 after serving in the state legislature.

Rep. Jeff Duncan said in a statement that he was at the practice and “saw the shooter.”