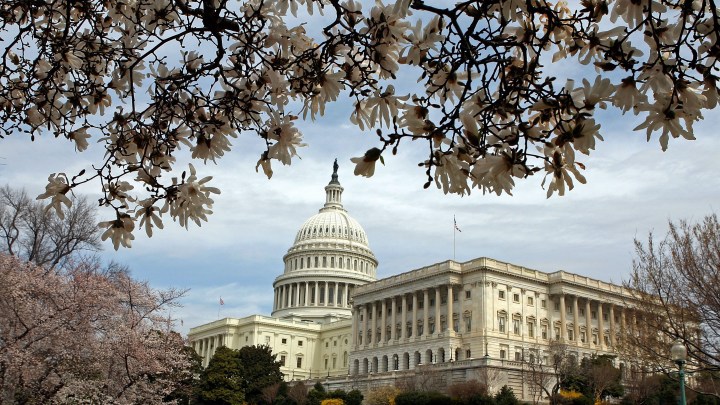 Spring is in the air. In Washington, D.C., that means the start of cherry blossom season, sure, but also on Capitol Hill, Congressional Review Act season.

With an already busy legislative agenda, some lawmakers are working to use that congressional tool to roll back some Trump administration rules. But the window to do that is closing soon.

The Congressional Review Act, or CRA, only works in certain circumstances: the White House and Congress being controlled by the same party and that party being different from the one that ran the previous administration. Which, right now, you have.

And yet, said Bridget Dooling at the George Washington University Regulatory Studies Center, “so far, and this has all happened this week, legislators have introduced resolutions to disapprove four rules from the Trump administration.”

One of the four, said Lisa Stifler at the Center for Responsible Lending, “helps lenders charge up to 200% [annual percentage rate] or more and evade state- and voter-approved interest rate limits in their states.”

But back in 2017, when Donald Trump arrived in the White House and the GOP controlled Congress, Dooling said, over 30 rules were being subjected to the CRA by this point.

Mario Loyola at the Competitive Enterprise Institute said that’s because Republicans were on the same page about their priorities.

Another reason for the difference between then and now?

When Congress uses the CRA, it limits how agencies can regulate in the future, something Democrats seem a bit hesitant to do before the window closes later this spring.