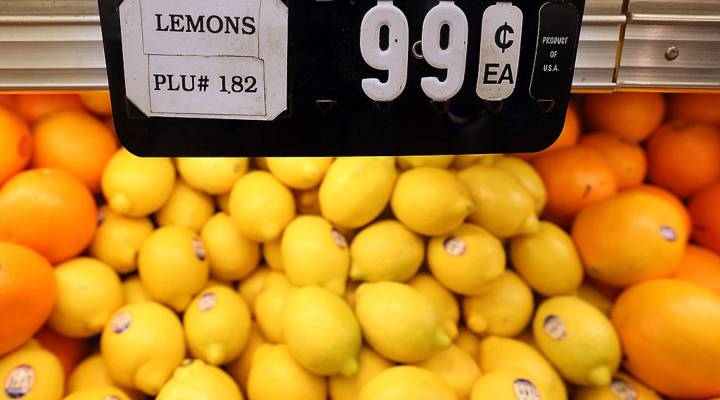 The U.S. had banned the import of fresh lemons from Argentina for 16 years, citing risk of citrus diseases.

Back in April, President Trump met with the president of Argentina.

“I’ll tell him about North Korea, and he’ll tell me about lemons,” Trump said. Days later, the U.S. Department of Agriculture announced it would lift the ban starting today.

The USDA estimates the new supply will push down the price of lemons a couple of pennies. U.S. consumers could save $22.4 million on their collective lemon purchases.

But for U.S. citrus farmers, “We get nailed. We get nailed,” said Joel Nelsen, president of California Citrus Mutual, a trade group.

The USDA estimates lifting the ban will cost domestic lemon growers as much as $19.9 million.

For economists, the trade calculation is simple.

“You aggregate gains to consumers and losses to producers,” said John Beghin, professor of agricultural economics at NC State University in Raleigh, North Carolina. In this case, the net welfare gain to the U.S. of Argentine lemons is about $2.5 million.

But, for the citrus growers, the math isn’t so straightforward.

“It’ll effect the ability of some producers to stay in business. It just will,” Nelsen said.

California citrus producers worry the fruit still carries a disease risk and have filed a lawsuit against the USDA in federal court.