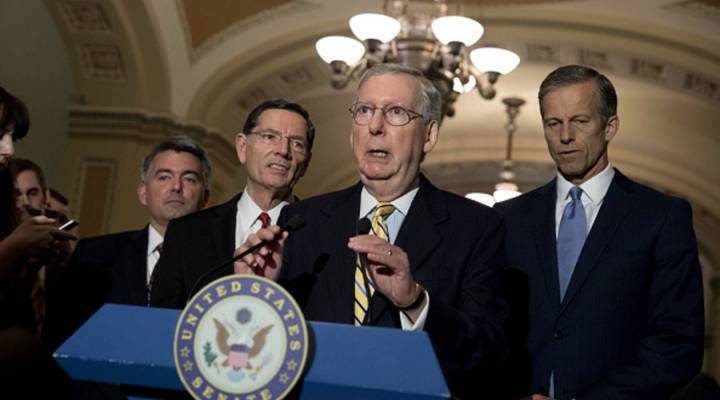 The president tweeted this morning that America needs a “good shutdown in September to fix mess!” The implication is that a shutdown before the midterm election would be good for Republicans. Shutdowns are not, however, good for the country. They come with a price tag, both in dollar terms and less tangible ways.

Shutdowns occur when politicians can’t agree on government spending. Usually someone thinks we are spending too much.

“The irony is, of course, that the government shutdown ends up costing money,” said Maya MacGuineas, president of the Committee for a Responsible Federal Budget. Hundreds of thousands of federal workers are sent home to do … nothing.

“And the reason that ends up costing us money is that a lot of things don’t get done during that shutdown,” MacGuineas said. “But we often go back and pay, for instance, the salaries of government workers who are furloughed during that time period.”

This costs government workers, by the way — if they get paid, they get paid late. And while they’re waiting on their money, research shows they are more likely to miss rent, mortgage or credit card payments. Matthew Shapiro, professor of economics at the University of Michigan, did some of that research, and he says government contractors have it even worse.

“They get laid off,” Shapiro said. “Unlike government workers, they’re often not reimbursed.”

Beyond unemployment, government shutdowns have consequences for the broader economy. When parks like the Grand Canyon shut down, tourists can’t go.

“Business like hotels and restaurants and shops that thrive on tourists that visit our national parks, they will suffer, too,” said Beth Ann Bovino, chief economist at S&P Global Ratings. “Think about all the businesses that need a permit to start a project — that also has to be delayed.”