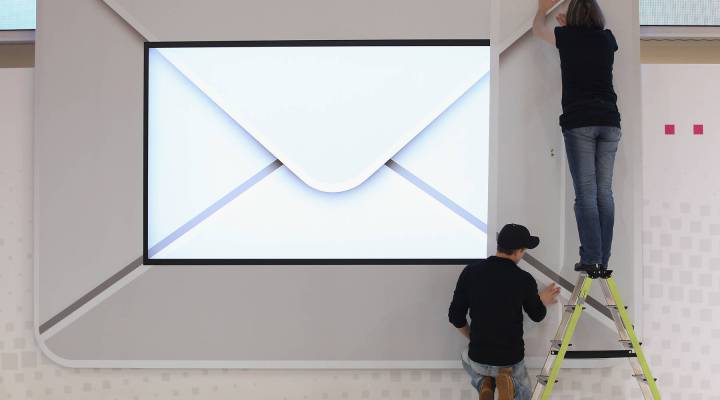 It’s no secret that workplaces can feel like a battlefield. There are workers competing for the same promotion. People worried about whether their boss likes them or whether a co-worker is secretly taking credit for their hard work or ideas. Then there are all those emails to decode and consider.

There is one exception, however. The dreaded boss cc. Everyone knows exactly what it means — your co-worker wants your boss to be privy to your conversation.

Some call it “looping in,” others call it “tattling.” The result is the same: copying supervisors on emails erodes trust between co-workers.

The cc function — derived from the term carbon copy — can often be wielded as a weapon in the office. And while initially it might seem like a way to increase transparency, it often ends up having an opposite effect. This is because receiving an email with the boss cc’d makes employees feels less trusted, according to a recent Harvard Business Review piece by David De Cremer.

“[T]his feeling automatically led them to infer that the organizational culture must be low in trust overall, fostering a culture of fear and low psychological safety,” explained De Cremer, a professor of management at the University of Cambridge. “We found these effects in studies using both Western and Chinese samples of employees, which suggests that even in very different cultures, copying the supervisor can be seen as a potentially threatening move.”

If employees feel that the emails will be used against them, they are likely to disclose less information over email in the future, thus reducing transparency.

In De Cremer’s study, 594 people had to imagine certain scenarios in which they cc’d their boss on all communications. They acknowledged that doing so was more likely to reduce the level of trust between them and their co-workers than if their boss was cc’d just occasionally.What’s more, employees who are fond of the cc function are well aware of the effect of their actions.

“This finding suggests that when your co-workers copy your supervisor very often, they may be doing so strategically, as they consciously know what the effect will be on you,” concluded De Cremer. “From that point of view, our finding that employees receiving emails with the supervisor always cc’d reported feeling trusted less by their co-worker may very well carry some truth in it.”

This passive-aggressive behavior is not only eroding trust among staff but can also add to the supervisor’s email. U.S. workers already spend 6.3 hours a day checking email, with 3.2 hours devoted to work email and 3.1 hours devoted to personal email. Adding to that because someone wants to mess with a co-worker’s head does not seem productive.

De Cremer suggests that supervisors be more proactive in determining what communications they should be included in — both to reduce the amount of email they receive and to put a stop to cc power plays.

“If they want to prevent the erosion of trust within their team, they might have to actively intervene when a team member displays the habit of always including them on emails,” he explained. “A manager might also choose to be more proactive. For example, supervisors can clearly articulate at what stage of a project it’s appropriate to include them in email communication.”