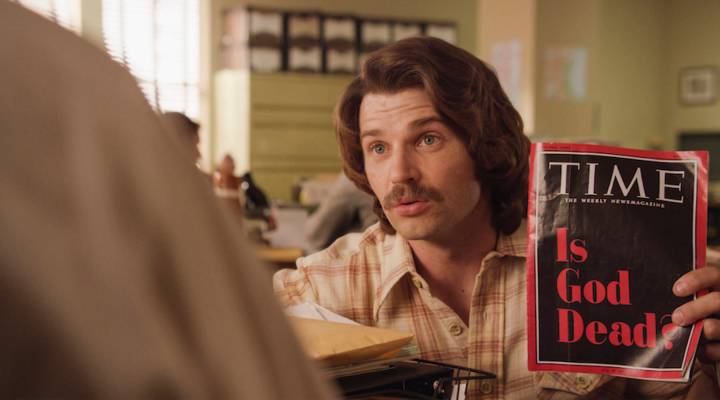 Conversations about the modern faith-based film pretty much always start with Mel Gibson’s 2004 “The Passion of the Christ.”

Churchgoers packed theaters. The movie made more than $600 million worldwide and was the third-highest grossing film of the year in the U.S. “Once ‘The Passion’ came out and did that kind of business, Hollywood was all over the idea of making films for this audience,” said Chris Hansen, chair of the Department of Film and Media Studies at Baylor University in Texas.

The number of movies with strong Christian content jumped from 16 in 1996 to 67 last year, according to Movieguide, which tracks faith-based films.

Studios and independent producers also looked to replicate the grassroots, direct-to-congregation marketing strategies used to promote “The Passion of the Christ” — strategies like “going to churches and saying this is a film that you need to support,” Hansen said.

“We would joke a lot that we’re in marketing, not rocket science,” said Richard Peluso, executive vice president at Affirm Films, Sony’s faith-based arm. “But in some ways it can be rocket science.”

He describes marketing faith-friendly movies as “lenticular marketing.” Looked at one way, a movie looks like one thing, but cast in a different way, it can look like something else. Take the 2015 movie “War Room” (not to be confused with the 1993 film “The War Room”). Peluso’s team marketed it as an uplifting family drama to some audiences. In other materials, it was promoted as a movie about building a practice of prayer into everyday life.

The saturated market for faith-based films has made other aspects of getting the word out trickier as well. Marketing directly to the church still matters, but the value that marketing has is diminishing. Hansen said one reason is that younger churchgoers crave authenticity from the pulpit, “and helping to market Hollywood films doesn’t come across as very authentic,” he said.

Chris Stone, founder of Faith Driven Consumer, said pastors are also getting burned out, “because there have been so many times that pastor has been approached.” Church services can be timed down to the minute. In order to show a movie trailer, asked Stone, “are you going to give up your sermon time?”

The marketing for “The Case for Christ,” which was released last week by the Christian movie studio Pure Flix Entertainment, was extensive. There’s a glossy study guide for church groups. Posters. Door hangers. Customizable sermons. There’s a social media campaign, complete with Facebook art and shareable memes. There’s messaging to the believer and the skeptic. There was an “eventized” premiere, put on by Fathom Events, which included a live Q&A with the director and talent simulcast to theaters around the country.

“You know that whole big red part of the country, that’s not a niche,” said Brian Bird, the screenwriter and co-producer of “The Case for Christ.”

So far the movie has pulled in more than $5 million. It will expand to more than 1,300 theaters for Easter weekend. And Bird is confident faith-based films will find their audience as long as they’re good. “We have to do good work. We have to be as good as everybody else,” Bird said.

And as with the rest of the movie industry, good word of mouth is the best marketing tool of them all.