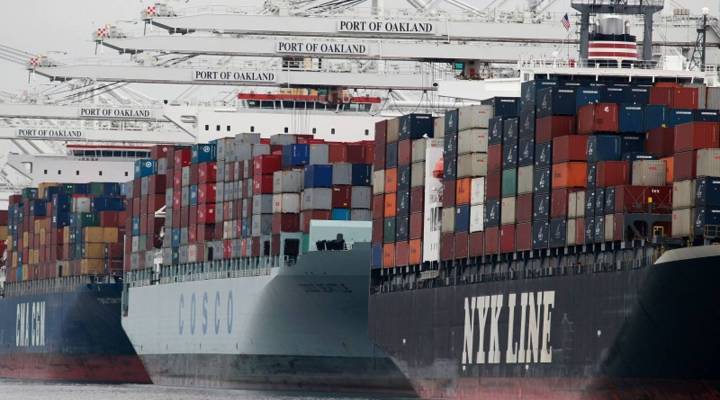 Rarely has the potential been so great for major policy change in the United States, and rarely has that change been so unpredictable. This has businesses working to prepare for what may come — for better or for worse — for their bottom lines. Some CEOs have made a point of reading “Art of the Deal,” others are hiring consultants who can war-game for them and plenty are hitting the pavement on Capitol Hill.

“We are entering a period we haven’t seen before,” said Vincent Lewis, chairman of Logos at Work, a printing and promotions company. He also teaches entrepreneurship at the University of Dayton. “It’s this combination of a traditional Republican growth agenda, but it’s combined with a very nontraditional tariff protection approach.”

Many industries in the U.S. face the possibility of major policy changes — from tax reform to health care reform to trade policy — that are both far reaching and seriously unpredictable. Depending on the industry, tax cuts could be a blessing while tariffs and border taxes could be devastating.

“It’s an uncertain time, and uncertainty drives CEOs crazy,” said Matt Priest, president of the Footwear Distributors and Retailers of America. He said his members are just trying to get the basic facts about how trade barriers and tax cuts, whatever they might be, would affect them.

Jim O’Brien is vice chair at Albright Stonebridge Group, a global strategy firm. He said he’s gotten a lot of calls “about how [businesses] can adjust their investments in other countries. Other companies are trying to understand the effect of imports and exports.”

The trade question is one Beth Pride said she has heard a lot. She is president of consulting firm BPE Global. She ended up developing a tool for clients. It’s a calculator that crunches a company’s import data and applies different tariff scenarios to figure out the effect on the bottom line.

“I’ll give you an example,” Pride said. “Here’s an importer. Their average duty rate in 2016 was 0.48 percent. If we look at the statements made [by the] president, their increase in duties is 944 percent — $2 million in additional duties.”

That result, she said, has been typical. Many retailers say changes to the corporate income tax don’t even come close to making up for a border tax.

Moving supply chains around or even back to the U.S. is not so easy.

“You don’t just immediately start moving pickup production from Mexico to the United States. It could take years to retool. It takes a ton of money, too,” said David Whiston, an equities strategist with Morningstar who covers the automotive industry.

While different companies have different outlooks, most all have one thing in common: They want to be heard in Washington.

“What we see from some of our clients is they’re beefing up their presence in Washington,” said O’Brien, of Albright Stonebridge. “The Trump administration has been very good for the firms that do lobbying.”

Until more information is known about what the administration will do, when it will do it and what order it will do it in, businesses are left to mull over the possibilities.

“Companies are standing on a beach and looking at a tsunami coming their way,” O’Brien said. “And they don’t know what steps they can take.”