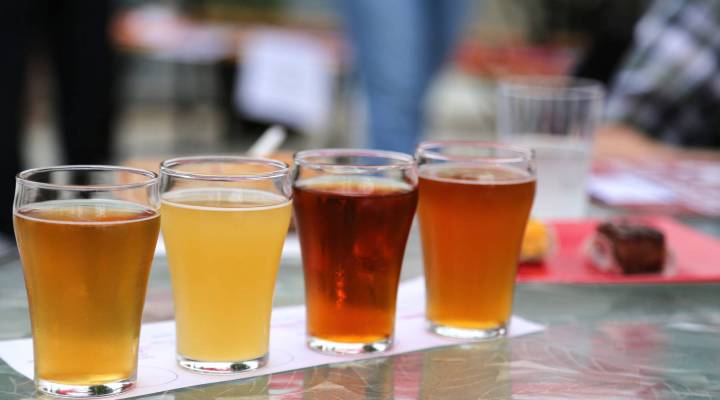 President Donald Trump has promised to cut regulations he says are hurting small businesses. If you are looking for a heavily regulated business, look no further than that pint of craft beer at your local watering hole.

“When you manufacture alcohol, you are highly regulated,” said Julie Verratti, co-founder of Denizens Brewing Co. in Silver Spring, Maryland. Down in the brewery’s cellar, several 450-gallon tanks contain, among other varieties, the company’s signature Rye IPA.

On top of all the federal laws regulating alcohol, Verratti said regulations also differ between states. For instance, in Virginia, she can’t distribute her own beer. In Maryland, she can, but only up to a certain point.

“There’s always some sort of upper limit that’s been built in,” she said. “So, we’re only allowed to distribute 3,000 barrels a year in Maryland. It’s not like we have an unlimited amount.”

If Verratti wants to sell more than 3,000 barrels, she has to contract with a distributor, which is great for the middleman but adds to Denizens’ costs.

“I think any type of regulation, that the only thing it does is stop business growth, doesn’t make sense to me,” Verratti said.

There are even regulations for beer in the Patient Protection and Affordable Care Act, also known as Obamacare. See the subsection for menu labeling for chain restaurants, which requires all nutritional information to be listed, even for beer.

A view inside Denizens Brewing Co.

“That cost of that test is prohibitive, up to a $1,000 per brand,” said Bob Pease, president and CEO of the Brewers Association.

He said the cost of testing is nothing for a company like MillerCoors. But, if you’re a small brewer who wants to have three beers on tap at the local Ruby Tuesdays, that’s a different story.

“Three thousand dollars for our members, in many cases, that’s the difference between buying hops or malt and maybe making payroll,” Pease said.

After years of growth, there are signs the craft beer boom is leveling off. Which means competition is increasing and regulatory differences between jurisdictions can play a deciding factor.

In addition to regulatory hurdles, many craft brewers are first-time entrepreneurs with limited access to capital and credit.

“It’s OK to be small if you can stay in one little preserve, but once you try to grow, these [market] forces can absolutely crush you,” Pirko said.

Craft brewers aren’t crying in their beer just yet. The Craft Beverage Modernization and Tax Reform Act, perhaps the last piece of bipartisan legislation on Capitol Hill, has majority sponsorship in both the House and Senate. It would cut regulations and reduce taxes on cideries, wineries, distilleries, and, of course, breweries.