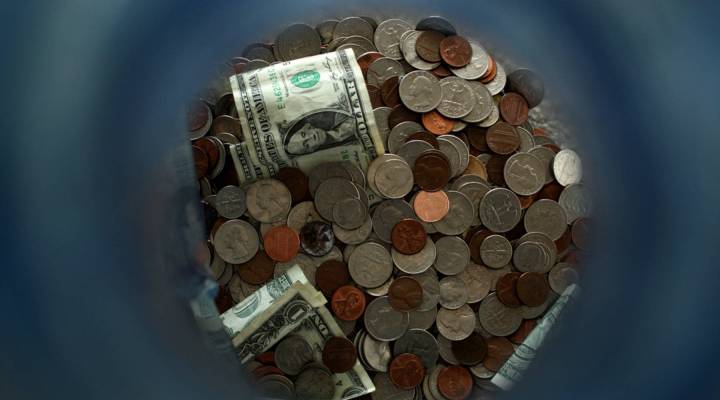 Jose Quiñonez, a recent recipient of the MacArthur “genius” grant for financial innovation, said people are becoming more cautious about their spending habits.

Quiñonez heads the San Francisco-based Mission Asset Fund, a nonprofit that helps low-income people — many from immigrant communities — obtain financial services. And many people without access to banking services, or the unbanked, are reacting to the uncertainty of the Trump administration.

Quiñonez joined us to talk about what he’s hearing from the clients that Mission Asset serves. Below is an edited transcript.

Quiñonez: There definitely has been a shift in how people are thinking about their money. People are trying to sock it away, like, not spend it, which is a good thing because that’s something that we encourage our clients to do: save more money, prepare for a rainy day. But what we’re also noting, for the merchants in our communities, is that their clients are not spending as much. They’re concerned about the uncertainty of the state of our country, and people are definitely preparing themselves financially for a long rainy period in their lives.

David Brancaccio: I’m hearing you saying that people are being more conservative with their money because of added uncertainty right now. And that may have an economic effect.

Quiñonez: It does, and it’s felt more on a micro level. Again, the merchants that are immigrants servicing other immigrants — when people are being more conservative with their spending, it does impact those small businesses in our community. They also have to generate revenue so that they can stay afloat. But I want to underscore that despite the fear, people are really hopeful, and they have great faith that things will turn around for them. And it’s that hope and that faith that’s kind of helping them go on to the next day and the day after that.

Brancaccio: My colleagues are doing some digging, and according to the credit rating agency Experian, eight of the states with the lowest credit scores went for Donald Trump on Election Day. Are there ways, you think, to maybe partner with this administration on your mission of financial inclusion or empowerment, to include people who voted for the president as part of your path forward?

Quiñonez: I think since the election we really have seen two Americas. One America, which has prospered with the tech boom, the innovation, the technology. But we’ve also seen a different America that is being left behind. People that really feel dislocated and forgotten in America. And it’s not just, again, immigrants that are in that boat. And so the people that are voting, they voted for Trump because they’re feeling disempowered or feeling pushed out. We need to talk to them, we need to show that we’re trying to build an economy that works for all. And so we’re open to talking to anybody that wants to help us in that effort.