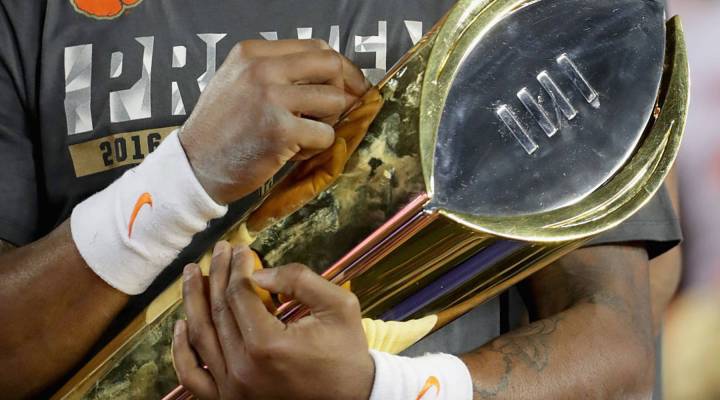 The Clemson Tigers became national champions for the first time in 35 years when they beat Alabama 35-31 Monday night.

I always knew the Tigers would stand victorious, but turns out the university’s finance folks had an inkling last night would turn out well, too.

Back in the Fall, Clemson spent $272,000 in premiums to insure bonuses for the team coaches would be due, regardless of the outcome. The victory saved them $1.2 million in losses: if Alabama won, they would have still saved around half a million.

Last year, travel costs and bonuses during the championship cost Clemson $7 million, which ultimately resulted in a loss to Alabama.