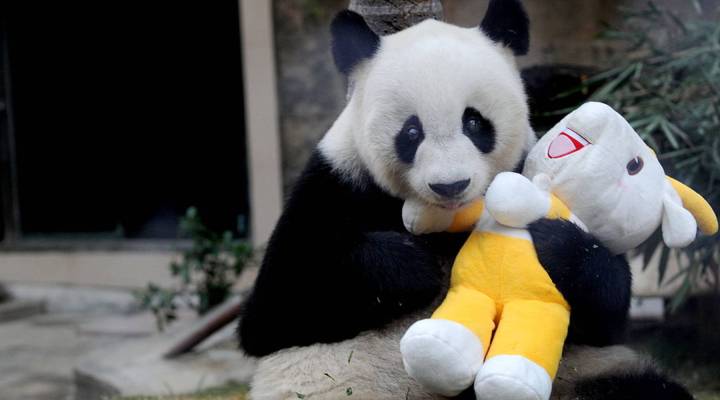 Pan Pan, a patriarch in the world of captive giant pandas, died, the BBC reported today.  His more than 130 descendants make up a quarter of the world’s captive-bred panda population.

The panda was 31 years old, or about 100 human years, and died in captivity in China. He is responsible for several of the pandas residing at U.S. zoos.

Captive pandas are expensive investments. Since the 1980s, China has rented out the national symbol to zoos around the world. In the past, zoos have paid up to $1 million for a pair of mating pandas. At one point, the Smithsonian National Zoo in Washington, D.C. was paying China $550,000 per year for three pandas. The fee is on top of the cost of care. In 2014, the zoo was spending $2.6 million a year on the attraction — the cost for bamboo alone was $55,000, according to The Economist.

Despite the costs, zoos continue to invest in giant pandas because they can help bolster attendance. When Pan Pan’s granddaughter Bao Bao was born at the Smithsonian, the zoo expected her to increase both attendance and merchandise sales. In her first year, visits were up 30 percent.

In addition to Bao Bao, Pan Pan’s lineage includes his son Tian Tian, also a resident of the Smithsonian, and his daughter Bai Yun, who lives at the San Diego Zoo. Bai Yun has been the source of significant scientific research and is the mother of several captive pandas, including Hua Mei, the first surviving giant panda born in the U.S.