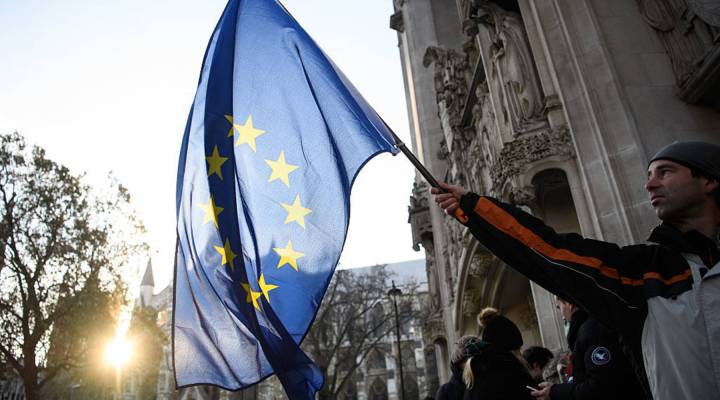 COPY
LONDON, ENGLAND - DECEMBER 05: A man waves the EU flag in front of the Supreme Court ahead of the first day of a hearing into whether Parliament's consent is required before the Brexit process can begin.  Leon Neal/Getty Images
Brexit

LONDON, ENGLAND - DECEMBER 05: A man waves the EU flag in front of the Supreme Court ahead of the first day of a hearing into whether Parliament's consent is required before the Brexit process can begin.  Leon Neal/Getty Images
Listen Now

There were three big electoral events affecting the global economy in the second half of 2016.

The biggest event  by far, of course, occurred in the U.S. on November 8th. The other two were in Europe and are set to have repercussions well into 2017: the vote for Brexit in the U.K. and the “no” vote in the Italian referendum.

The Brits were voting to leave the European Union, whereas the Italians were voting on a package of constitutional measures. But the effect is likely to be the same. And the effect of the Italian vote could be to trigger a general election in Italy next year, which could bring a Euroskeptic Anti-Euro party to power. So, these two votes taken together do constitute a terrific blow to the E.U. And they undermine the block’s fundamental drive towards unity, towards bringing the fractious tribes of Europe closer together.

Is the U.K. actually any closer than they were six months ago to leaving the European Union?

Marginally. The Prime Minister Theresa May says she wants to start the exit negotiations before the end of March. And that could mean then that the U.K. is out by 2019. But Prime Minister May’s biggest problem by far lies on the other end of the negotiating table: Britain’s European partners represented by the formidable and forbidding figure of Frenchman Michel Barnier. [Barnier] has made it very clear that he wants to punish Britain for having the temerity to leave the E.U… [He has] warned the U.K. that it could actually face an exit penalty: it could be forced to pay as much as $60 billion as an exit fee just to get out. That didn’t go down very well with the Brits.

What sort of consequences from Brexit are we already seeing in the U.K.?

Almost immediately after the result the pound fell between 10 and 15 percent against the dollar. That’s pushing up import prices. Inflation has ticked up. But for now, the big American, Japanese and other foreign banks based here in London are worried that after Brexit they’re going to lose untrammeled access to the other 27 member states. And, as a result of that, other countries elsewhere in the E.U. have been actively trying to persuade some of these businesses to move away, to relocate to their territories … London, it seems certain, will lose some business as a result of Brexit.