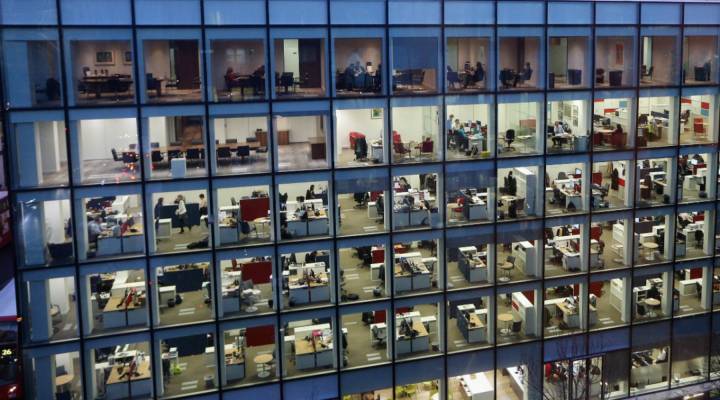 Stop working so much and start daydreaming.

Stanford scholar Alex Soojung-Kim Pang has a new book called “Rest: Why You Get More Done When You Work Less,” which looks at the importance of relaxation time.

Pang on why zoning out can be productive:

Well, the right kind of zoning out is productive. So, what I found when I got into the literature in neuroscience and the psychology of creativity and looking actually at the biographies of Beethoven or Stephen King, was that they learn to practice what I call deliberate rest. Which is resting in ways that allow their creative subconscious, their kind of creative minds, to keep working on problems even after they’ve put down their pencils and started going for a walk or going for a swim. And it turns out that this ability to pass ideas between your conscious, focused mind and your unconscious is something that people can cultivate, they can develop, they can get better at. So, this is why it turns out that doing absolutely nothing — or what looks like absolutely nothing to your boss — can actually help you be more productive.

On how a stroke changed one Israeli man’s life:

This was a man in his 40s who was, I believe, an accountant. And he had a stroke that sort of flooded part of his brain with blood, and so essentially shut it down. What this meant was that another part of his brain, though, was still very active and he became very artistic. And during this stroke…while he was recovering from it, he had this tremendous impulse to paint, and he actually became a pretty decent artist over the course of several months.

But as he recovered, as his brain got back to normal, the desire to paint and his ability to paint actually kind of receded. It was a little bit of a “Flowers for Algernon” story. And he ended up, I believe, making a full recovery, but the desire to paint and the ability to do so went away. But, you know, the reason that this is interesting is that it demonstrates….how it is that parts of the brain, when they are active or inactive, can contribute to different sorts of cognitive activity. To rational thinking on one hand or to more sort of irrational creativity on the other.

And that case helped us sort of push forward a little bit our understanding of which parts of the brain interact in our  more creative or more spontaneous moments, and which ones are operating in our more rational periods.

On the issue of overworking:

I think that what we’re beginning to see with some companies in Silicon Valley and elsewhere is a recognition that encouraging people to perform business, to work constantly, to check their email at night, to be heroic and not take vacations is counterproductive both in the short run and in the long run. There’s actually a century’s worth of research that shows that chronic overwork leads very quickly to burnout, to lower levels of productivity for both individuals and for organizations, and can even encourage things like unethical behavior and cheating.

Click the above audio player to hear the full report.