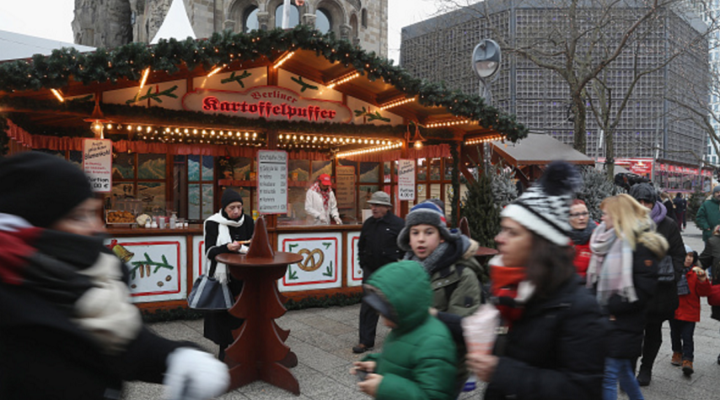 COPY
Visitors walk through the reopened Breitscheidplatz Christmas market, only a short distance from where a truck plowed into the market, killing 12 people and injuring dozens.  Sean Gallup/Getty Images

Visitors walk through the reopened Breitscheidplatz Christmas market, only a short distance from where a truck plowed into the market, killing 12 people and injuring dozens.  Sean Gallup/Getty Images
Listen Now

The Christmas market in Berlin — where an attacker used a tractor-trailer truck to kill 12 people on Monday — reopened this morning.

Concrete obstacles are now in place. In the wake of the attack, the German government has made it easier to implement video surveillance, but there are no requirements that cameras be put in place. This is in part connected to German privacy laws, which are strict, given the history of the secret police in Nazi-era Germany and Communist-era East Germany.

Stephan Richter, editor-in-chief of the Globalist, joined us to talk about protection in the region.

On increasing protection for these public places:

Slowly, but surely. But it is hard to believe, you know, that the key interior senator for the state of Berlin said, “Oh we can’t do CCTV. It won’t prevent any of these attacks,” not understanding that it might make it much easier to find the people who perpetrated.

Authorities are investigating an apparent connection between the attack and a Tunisian man, who apparently was not granted asylum in Germany. On whether this could mean a further crackdown of refugees in the country:

It depends on what you mean by “crackdown.” If you mean by crackdown, to deport people who are known to be fraudulent cases and once you finger them, that you actually arrest them, keep them, lock them up and then send them out — that does not mean that you crack down on immigrants or the refugees, per se. That’s something very different. And I think the politicians have to do the smart thing and can’t have creeps like those who likely perpetrated this, play the system and the system letting itself be played, which seems to be the possibility in this case. 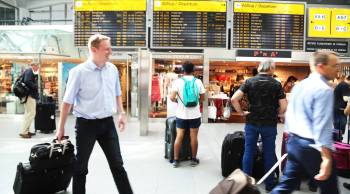