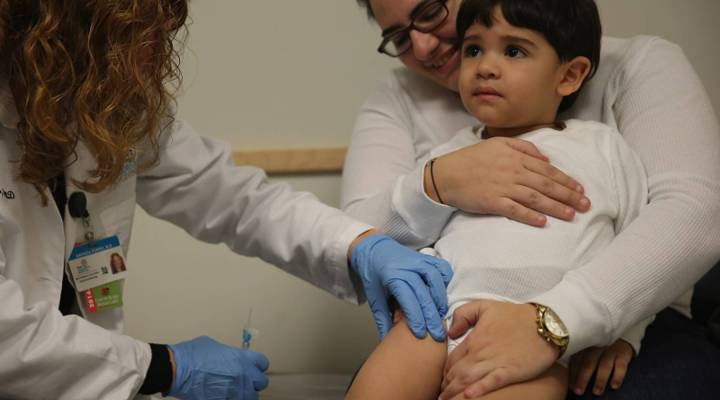 COPY
Donald Trump says on his first day in office, he will ask Congress to repeal the Affordable Care Act. Above, a 2-year-old receives a flu vaccination in Coral Gables, Florida.  Photo by Joe Raedle/Getty Images

Donald Trump says on his first day in office, he will ask Congress to repeal the Affordable Care Act. Above, a 2-year-old receives a flu vaccination in Coral Gables, Florida.  Photo by Joe Raedle/Getty Images
Listen Now

Until now, Donald Trump has offered only the briefest of sketches about how he plans to improve health care. His election comes as premiums on the Obamacare exchanges are rising, as well as drug prices and consumer out-of-pocket spending. President-elect Trump has his work cut out for him.

“On Day 1 of the Trump administration, we will ask Congress to immediately deliver a full repeal of Obamacare,” Trump announced on his website. It’s the first of a seven-point plan that includes selling insurance across state lines and greater price transparency.

Harvard health policy professor Ashish Jha said even with a campaign to dismantle Obamacare, the underlying problem — that we’re spending too much on health care — is here to stay.

“You can take the ACA away and those issues remain, and the pressure to do something about health care costs will continue to be there,” Jha said.

One area where Trump may see success is in tackling drug prices. Former Marco Rubio adviser Avik Roy said he thinks Trump can cobble together a coalition of Republicans and Democrats on some kind of price control measure.

“Ironically, there’s more likely to be movement from the standpoint of Congress with a President Trump than a President Hillary,” Roy said.

Some pharmaceutical stocks have rallied since the election. But Roy warned investors they are underestimating Trump.