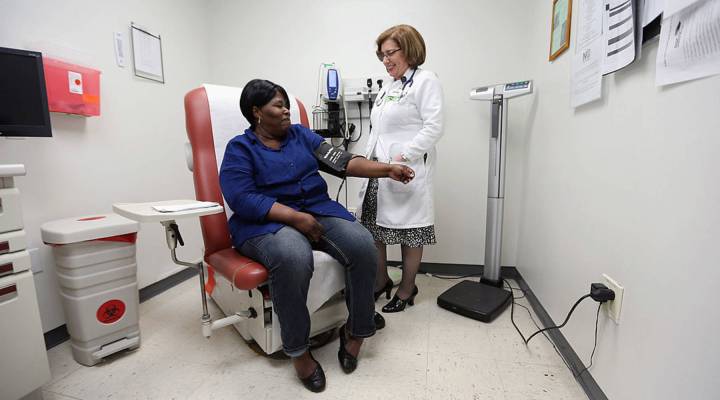 After a seven-year battle over Obamacare, the Senate ended up rejecting a measure that would repeal parts of the health care law. Three Republicans joined all Democrats to vote against it, culminating in a 49-51 vote.

But things are far from over.

There may not be official legislation over Obamacare’s demise, but President Trump could still — as he suggested in a tweet this morning — let the law fail on its own.

One thing Trump could do right off the bat is decline to fund subsidies that pay for out-of-pocket costs for low-income consumers, like co-payments and deductibles. That money, worth about $7 billion, just goes to insurers.

Right now, these payments are tied up in a lawsuit that dates back to Obama’s tenure. House Republicans had filed a suit arguing that payments were unconstitutional because Congress did not approve them.

So far, Trump makes monthly payments, but he could stop them. If that happens, it’s almost certain more insurers will drop out of the exchanges and premiums will rise.

Individual changes that could still go through

The Affordable Care Act mandates that people must buy insurance or face a penalty, but Trump has already watered down this so-called individual mandate.

One of the president’s first acts in office was to sign an executive order signaling federal agencies to back off enforcing the penalty. This would also likely chase insurers away and lead to higher premiums.

Big picture: the Obama administration did 1,001 things to make sure people got signed up for insurance. If Trump takes a “don’t-lift-a-finger approach,” Obamacare probably won’t “implode” but it will definitely erode.

But wait — maybe Congress will try to fix Obamacare instead

Republican Sen. Lamar Alexander recently said he wants to hold hearings on how to stabilize the individual market, echoing a number of lawmakers who have also talked about legislation designed to improve the system.

At the end of the day, what insurers need is more certainty. That means more money. So there are options out there. Congress could fund those out-of-pocket subsidies, and it could also budget more money to help underwrite the cost of really sick patients.

There’s reason to believe there will be some action. There are many problems in the red patches of the country, so Republicans may be motivated to do something for their constituents.

Plenty of people see this as a moment to improve to our health care system, but it’s going to come down to cash. How much money do Republicans want to spend fixing something they vowed to appeal but seem stuck with?