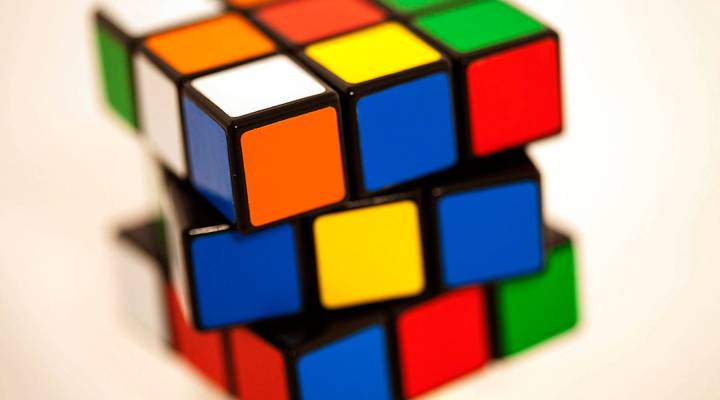 The Rubik’s Cube is a ubiquitous toy that was invented by Hungarian sculptor and professor of architecture Erno Rubik in the 1970s.

The story of how the Rubik’s Cube came to be a cultural icon and its resurgence in popular culture is the subject of a new book by Ian Scheffler called “Cracking the Cube: Going Slow to Go Fast and Other Unexpected Turns in the World of Competitive Rubik’s Cube Solving.”

He’s a bit like the Willy Wonka of Eastern Europe. He’s extremely reclusive and really brilliant. He keeps very close track of all kinds of things going on in the world. I mean, the range of his influences spans from Da Vinci to Isaac Asimov. He’s very tuned in to modern art. He’s the scion of one of Hungary’s greatest engineers and also a poet. So he’s literally the union of art and science — it makes total sense that he would have invented this. He’s made a lot of money, enough to be comfortable, but he’s an extremely modest man. I mean, I was told by one of the members of his inner circle that he easily could have bought, probably, half of the whole country of Hungary at the time when the cube was popular, but that’s not what he’s about. He’s very modest, and there’s also the, sort of, piracy issue because the Rubik’s cube is, obviously, fairly easy to imitate and, you know, there’s been enough pirated cubes that no one even knows how many cubes there are.

Read an excerpt from Scheffler’s “Cracking the Cube: Going Slow to Go Fast and Other Unexpected Turns in the World of Competitive Rubik’s Cube Solving” here.