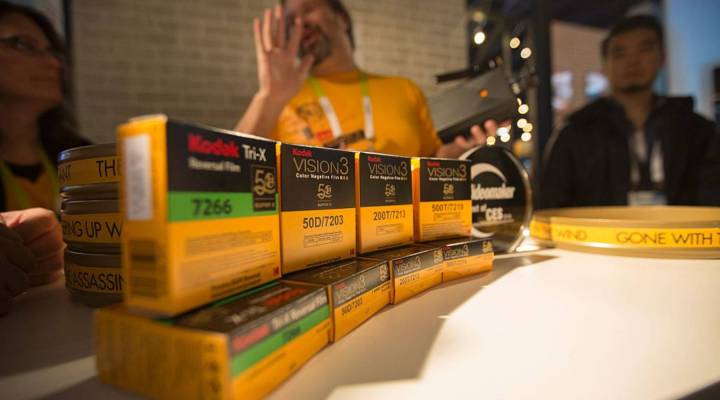 Kodak has suffered one of the most remarkable declines. At its peak, the company had about 150,000 employees; that’s fallen to roughly 6,500. The company famously missed its chance to capitalize on photography’s move to digital and has re-tooled since then.

After a long slide on the heels of globalization and changing technology, Kodak declared bankruptcy in 2012. Last month, we did a couple stories out of Kodak’s base in Rochester, New York, about manufacturing and how it is changing. Today, we talked to Kodak’s CEO Jeff Clarke.

On what Kodak is today:

One of the things that we’re about is printing, we’re about film still. We’re about the analog renaissance. I think there’s some digital fatigue out there, and we believe that science and real human-based analog matters. It matters in our case with film. It matters with print, where people still want to read books and look at newspapers and see things of incredible quality. Digital has transformed our world, but there’s room for both.

On what happened to the company and missing the rise of the digital camera:

First of all, what it showed is that Kodak has the ability to continue to invent things that are very important. There are many companies that have invented great things and not necessarily turned into a Microsoft or a Sony, and so we’re very proud that we invented it. By the way, the company made billions of dollars off of it by the intellectual properties, so it wasn’t a complete waste. That said, clearly Kodak is focused in a different area now. We’re going back to our roots of science and inventing things in our material science and chemicals, coming back to consumer products.