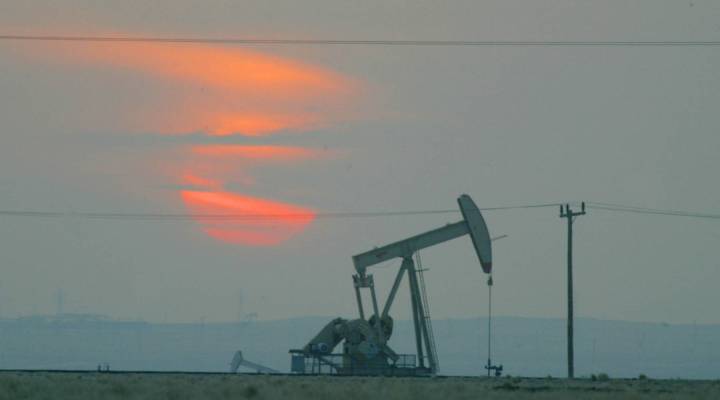 COPY
The sun sets behind a oil derrick near the Saudi Arabian border with Kuwait.  Joe Raedle/Getty Images

The sun sets behind a oil derrick near the Saudi Arabian border with Kuwait.  Joe Raedle/Getty Images
Listen Now

Oil prices were up Wednesday evening and waffling Thursday morning based on the news that OPEC plans to cut output for the first time since 2008. The cartel of petroleum exporters has abandoned production limits over the last couple years, contributing to global oversupply and rock-bottom prices that have just started to come back up.

OPEC’s strategy in the past was to agree on some total output limit, divvy it up, and voila: higher prices for crude oil around the world.

But over the last couple years, Saudi Arabia, the biggest producer, has tossed that to the wind — experts say it saw some advantages to pumping with abandon, and that’s contributed to these ridiculously low prices. Crude oil is still trading below $50 a barrel, although it’s been on a fairly steady climb as companies have cut production in many parts of the world and the glut has begun to dry up.

At a meeting Wednesday in Algeria, the 14 countries agreed to cut overall production to a range of 32.5–33.0 million barrels a day, or up to 700,000 barrels less than current output.

“It definitely was a surprise,” said Daniel Katzenberg, an analyst with Baird. But what this surprise agreement will really mean still isn’t clear.

“What we will wait to see is what the details are and how they will get to that number,” Katzenberg said. “They did not provide any information on which countries would cut and by how much.”

So we might have to say goodbye to super cheap gas, but these details won’t actually get worked out until the next OPEC meeting on Nov. 30. There’s no guarantee every country will agree on a final plan — and as Katzenberg points out, even when they do agree, OPEC nations don’t always actually abide by the production limits.