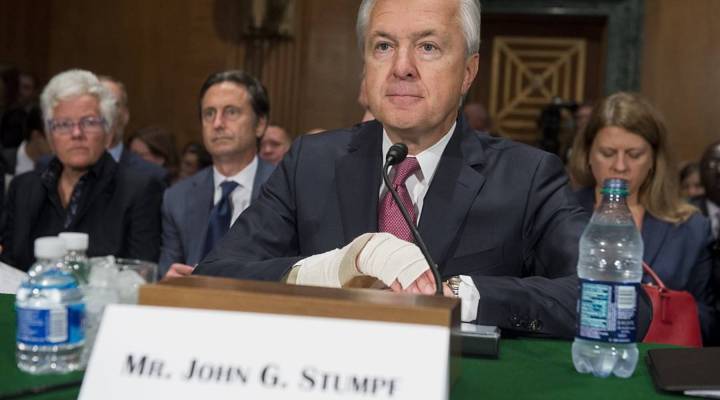 Her response: “We will hold the largest [financial] organizations to exceptionally high standards of risk management, internal controls and consumer protection.”

Normally, a company’s board of directors has charge of monitoring workplace culture, incentives, compensation and assessing risk generally, said Patricia McCoy, law professor at Boston College. “But they didn’t do that,” she said. The LA Times began reporting on the Wells story in 2013, so the board, at the very latest, found out about the problems then. “What were they doing?” asked McCoy. “The compensation incentives that were the high-octane fuel for the illegal account openings remained in place. The cross-selling strategies remained in place.”

Regulators also bear some responsibility, said Anat Admati, professor at Stanford’s graduate school of business.  There are laws in place related to “tying” — selling one thing and forcing a customer to buy something else. That’s a bit like what Wells Fargo did. “The Fed is in charge of implementing, of writing rules about that and the Fed has just not done that,” Admati said.

The Consumer Financial Protection Bureau eventually did extract a record settlement from Wells Fargo, which Joshua Rosner, a partner at regulatory consulting firm Graham Fisher and Co., called “a little long and a little late coming.”

Regulators generally, not just the Fed, should have been able to pick up on the Wells problems sooner, he argued. “These systemically important financial institutions are just too big to be effectively regulated and monitored.”

Even, for Wells Fargo apparently, by its own board.