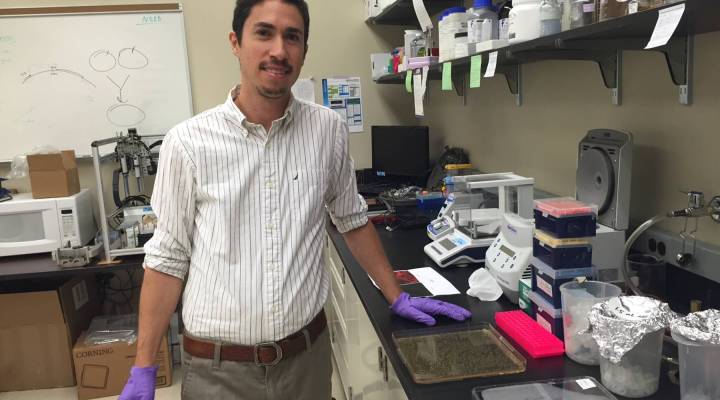 COPY
Elad Firnberg graduated without debt from Cooper Union in 2008, and went on to co-found Revolve Biotechnologies, a startup in Baltimore. Amy Scott/Marketplace

Elad Firnberg graduated without debt from Cooper Union in 2008, and went on to co-found Revolve Biotechnologies, a startup in Baltimore. Amy Scott/Marketplace
Listen Now

Free universal college is a long way off, but the idea is not without precedent.  For more than a century, the Cooper Union for the Advancement of Science and Art, in New York City, charged no tuition. Marketplace tracked down some Cooper Union graduates to find out how free tuition changed their lives – and the experience of college itself.

For Elad Firnberg, class of 2008, free led to Revolve Biotechnologies in Baltimore, a startup he co-founded three years ago to build DNA mutation libraries – basically, collections of genetic material scientists use for research.

“Not having debt at that point enabled me to have more freedom to pursue a startup, where you’re financially uncertain,” he said.

Ciera Lowe was a junior in high school in Simi Valley, California when her family’s house was destroyed by a fire. So was her dream of going to nearby Harvey Mudd College.

“The cost of living in New York City was sort of the only thing I had to worry about if I went to Cooper, so it became the very clear choice at that point,” Lowe said.

The cost of living in New York is, well…it’s New York. Lowe and her parents still ended up taking out about $70,000 in loans.

“Even now, when I pay them every month I’m very, very grateful they’re not five times as much,” she said.

Ciera Lowe graduated from Cooper Union in 2014, the year it began charging tuition.

But free tuition for students was expensive for the college. By 2013, the school was losing $12 million a year. Costs were rising faster than revenue, which mostly came from leasing the land the college owns beneath the Chrysler Building. Meanwhile, stock market losses and some bad investments had shrunk the endowment.

In 2014, the year Ciera Lowe graduated, Cooper Union started charging tuition, on a sliding scale. Low-income students still pay nothing. Those with more means pay up to about $21,000 a year.

“I was saddened by that, because it certainly is a massive change to what the original mission of the school was,” said Glenn Greene, a 1987 grad who is now a trial attorney with the Justice Department.

The original mission of founder Peter Cooper was to provide an education that was free and open to all. Greene grew up in a working-class family; his father was a shipping clerk and his mother worked for the city. Greene was the first in the family to finish college.

“It changed my life,” he said of Cooper.  “It made me a better citizen. It made me want to contribute to society.”

Essl built a successful graphic design firm right out of college, then came back to Cooper Union as a professor and now acting dean of the art school.

He’s taught at other art schools, too, and said tuition changes the relationship between students and their professors.

“The sense of entitlement because they were paying was very high – much higher than I had ever experienced at Cooper Union,” he said.

Essl is part of a group that sued to block Cooper Union’s administration from charging tuition, alleging financial mismanagement. The lawsuit ended in a 2015 settlement, which required the college come up with a plan to get back to free.

“I would not be here and I wouldn’t be the acting dean right now if I wasn’t optimistic that we were on our way back,” Essl said. “To me there is nothing more important than giving access to a college education.”

Correction 9/29/16: An earlier version of this story misstated the day Bernie Sanders and Hillary Clinton campaigned together. 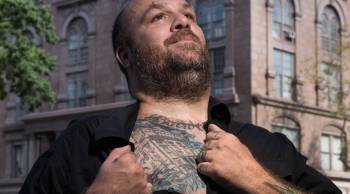 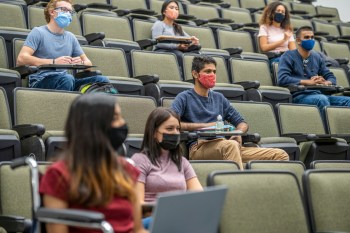