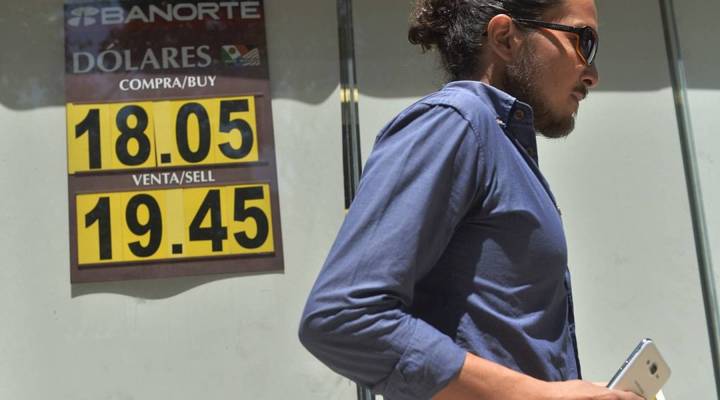 Markets had their own opinions about the first presidential debate of 2016.

The Mexican peso was up 2.1 percent, reflecting a belief that Hillary Clinton had prevailed.

Financial markets chimed in as well.

“Equity markets rose in price after the debates,” said S&P Global Market Intelligence’s Sam Stovall. Pundits, he said, have taken this to mean that “the market viewed the outcome to be favorable to the Clinton camp.”

That’s because in this case, markets associate Clinton, who’s with the incumbent party, with stability and predictability, said Paul Christopher, global market strategist for the Wells Fargo Investment Institute.

“There is a history of the stock market as early as August of election year predicting the outcome,” he said.

If the S&P goes up between August and November, it’s a sign the incumbent party will win. Christopher said it’s been right 19 out of the past 22 times.

While interesting, financial markets have limits to their predictive power, according to David Rothschild with Predictwise, which aggregates information from many sources, including markets.

“You have to realize they have to worry about a lot more things than just the election. It is a noisier indicator,” he said.

Rothschild is a big fan of prediction markets, that is, markets set up specifically for people to bet on an election outcome.

“They’re not just accurate but flexible,” he said, “pulling in all kinds of data, including idiosyncratic data. So for example, info about the impact of a debate with seconds, potential impacts of the spending imbalance in get-out-the-vote operations between Clinton and Trump.”

“Prediction markets tend to be 70 percent more accurate than polling, and we have an 84 percent accuracy rate,” said Brandi Travis, spokesperson for PredictIt, a platform where people buy and sell shares on each candidate and a number of other election-related propositions.

PredictIt has a Clinton victory at 68 percent.  PredictWise has it at 75 percent.