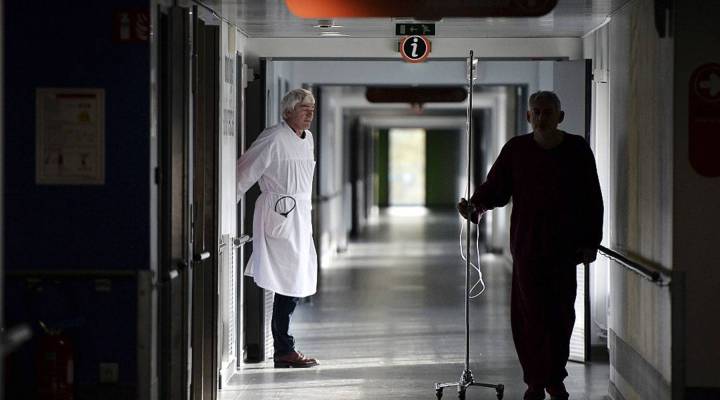 New findings show that after 10 years, the survival rate for low-risk prostate cancer is an identical 99 percent no matter what a patient does: surgery, radiation or nothing.

It’s pretty rare for research to show so starkly that doctors should do fewer procedures, and as a therefore decrease costs to the overall healthcare system. An interesting question is whether this research will convince patients like Marc Biagini and his doctors of this: less can be more.

About a month ago Biagini picked up the phone.

Biagini broke the news; he has prostate cancer.“I called friends of mine and my family,” he recalled, “a brother and sister. My mom.”

Since he got the word, the 49-year old chiropractor in Pittsburgh has had long nights going around and around about whether the more aggressive approaches are worth doing. “Is it better to have it cured — or at least try to have it cured — and deal with the side effects? Or is it better to see what happens and not deal with the side effects?” he wondered. “It’s a tough choice.”

Two common side effects of radiation and surgery are incontinence and impotence.

Over the last few years, the number of men picking an approach of ‘wait and see’ over treatment has jumped from just 10 to 15 percent to as high as 50 percent.  The latest research on prostate cancer adds to growing evidence that here in the U.S. we do too much for men with slow-growing tumors.

“We know the majority of these men don’t need to be treated,” said Dr. Otis Brawley, chief medical officer for the American Cancer Society.  “They don’t even need to know they have prostate cancer.”

Brawley hopes this new research persuades even more prostate cancer patients to wait and see, though he has his doubts.

Dr. Ben Davies, one of Marc Biagini’s physicians in Pittsburgh, understands that it’s a tough choice for a patient who’s been newly diagnosed with cancer. “Most of them, frankly, to be totally honest, just want to be treated and they want to move on with their life,” he said.

Another challenge to cutting back is the doctors. Patients almost always do what their doctors recommend.

Some doctors may steer their patients towards more aggressive treatment because the doctors stand to make more money from them. But Scherr said, just like the patients, physicians have their own concerns.

“It’s really scary to recommend something when there’s a chance the cancer could spread and the patient could lose the opportunity of a cure,” she said. “Even if it’s unlikely, it feels emotionally hard to recommend such a thing.”

The U.S. is on track to spend more than $14 billion this year fighting prostate cancer. A chunk of that may help patients and doctors psychologically, but it’s not helping people live any longer, at least at ten years out. That’s the big picture.

“I’m leaning towards waiting for a while to see how aggressive it is before I make my decision to jump into the surgery,” he said. After an MRI came back showing nothing “ominous,” Biagini huddled with one of his doctors and, yes, took a look at the study. He’s decided to hold off for now.

As our understanding of the disease grows, it’s perhaps becoming clearer that if patients are encouraged to take a leap of faith and monitor their cancer, it may take convincing physicians to hold their patients hands tightly.