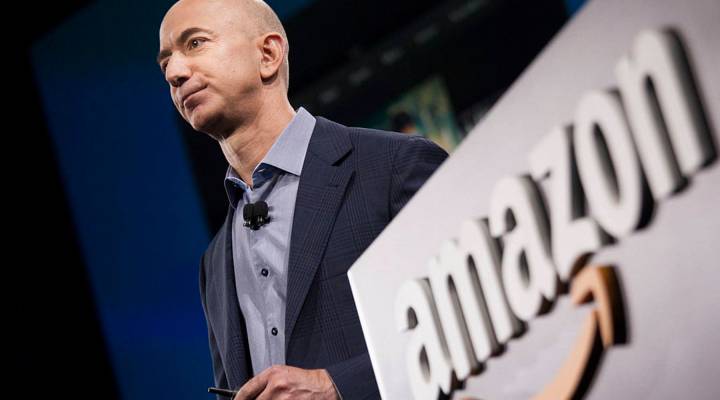 The TV networks were an afterthought at last night’s Emmy Awards. Top honors went to series airing on HBO, FX, Netflix and Amazon. More proof that these new kids on the block are shaking up Hollywood.

Exhibit A?  The Amazon show Transparent. About a family and what happens after their father comes out as transgender. Show creator Jill Soloway won an Emmy last night. In her acceptance speech?  She didn’t thank her agent. Or her family.  She gave a shout-out to the CEO of Amazon, Jeff Bezos.

“So I want to thank you, my sweet Jeff Bezos, because you changed the world,” she said.

How? Money makes the world go around. And Amazon, Netflix and HBO have plenty of it.

“Netflix has a $6 billion content budget,” said John Carroll, professor of mass communication at Boston University. “Amazon has a $2 billion – about the same as HBO.”

The newcomers are bidding up the price of the high-quality, unique TV shows and movies they crave.  They know exactly what they want. Thanks to… you.  Yes- you.  The audience.

“The company knows what titles it is that  you’re watching,” said Dan Cryan, senior director, media and content at IHS Markit.  “And can use that data to take a view on what sort of content you’re likely to watch.”

And that’s the stuff it buys.

“I would venture to say things like horror movies,” said Ricard Gil, who teaches economics and strategy at the Carey School of Business at Johns Hopkins University. “Things like independent movies.”

Gil said Jeff Bezos is also changing the distribution of movies and TV, along with Netflix and HBO.  In many cases?  They’re just buying a movie script. Making it themselves.  And then? Just streaming it. Avoiding theaters, altogether.