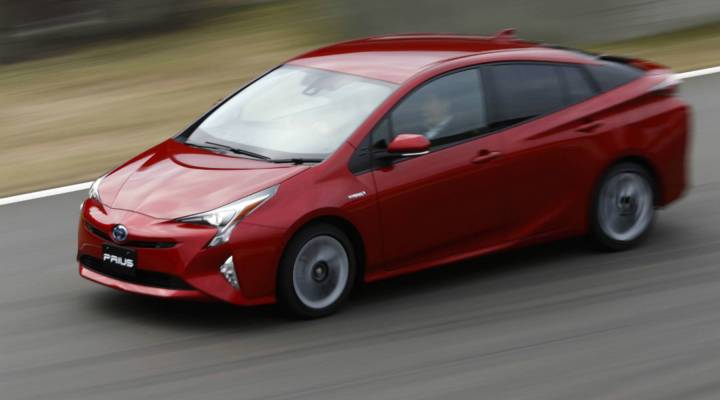 Toyota has reported that Prius sales are down 26 percent in the U.S. so far this calendar year. As the car represents the majority of the hybrid market, a decline in interest has significance for all highly fuel-efficient vehicles.

“The Prius, from Day 1, has really been the bellwether for the efficient vehicle movement,” said George Hoffer, who teaches automotive economics at the University of Richmond. “In essence, it has become the synonym — and has remained such — for the efficient car.”

Though many point to lower gas prices as the reason for poor sales, experts said it is only one part of the equation.

“Everybody says it’s cheap gas,” said Michelle Krebs, a senior analyst for AutoTrader. “That is not the full answer of why hybrids are not doing well.”

“Consumers, in enormous numbers, are turning away from cars to sport utility vehicles,” she said.

Hoffer said the shift away from smaller vehicles could prove temporary, owing to current tastes and low gas prices. He said manufacturing decisions based on a temporary trend could be damaging.

Sales of hybrids and other small vehicles would likely pick back up if gas prices spike, but experts said that effect could be limited, since all vehicles are seeing better fuel efficiency.

“As you improve fuel economy, the value to the consumer of that improvement gets smaller and smaller as you go to high levels of fuel economy,” said David Cole, chairman of the board of AutoHarvest.

In a written statement, Toyota spokesman Aaron Fowles said the company will not make decisions based on current fuel prices.

“We take a long-term view when it comes to product decisions,” Fowles wrote. “While fuel prices are currently low, which tends to result in more truck and SUV sales, they will ebb and flow over time. Toyota’s hybrids are still strong, with almost 70 percent of the hybrid market.”